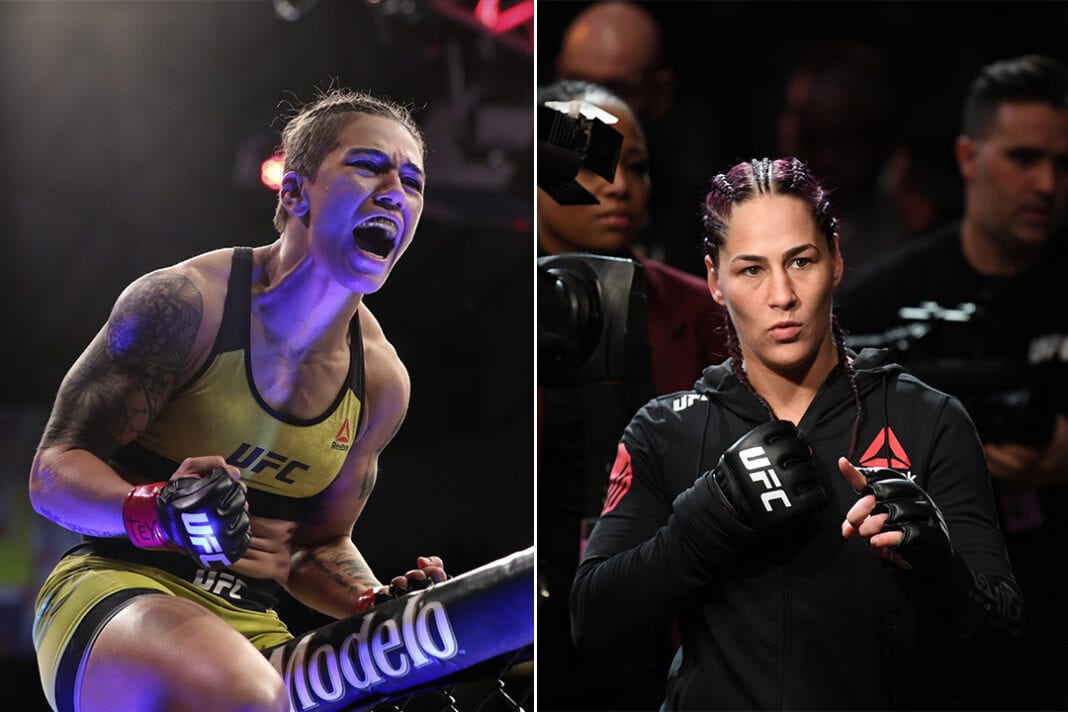 It would seem a change in weight class is inbound for the former Women’s Strawweight champion Jessica Andrade.

Posting to twitter ESPN’s Brett Okamoto broke the news sharing that the UFC had been targeting a matchup between Andrade and former Women’s Flyweight title challenger Jessica Eye.

“UFC targeting a flyweight bout between former 115-pound champ Jessica Andrade (@jessicammapro) and Jessica Eye (jessicaevileye) for Oct. 17. Feeling around Andrade’s team this could actually prove to be her best weight class. Has fought at 135 and 115 in UFC.

The news comes shortly after Andrade faced defeat at the hands of Rose Namajunas in Abu Dhabi for UFC 251.

The former champion lost a decision to Namajunas who she initially defeated to claim the title back in 2019.

Eye is coming also coming off back to back losses having been knocked out by the Women’s Flyweight champion Valentina Shevchenko in 2019 and then lost again to division newcomer Cynthia Calvillo earlier in 2020.

Andrade initially entered the UFC as a Women’s Bantamweight fighter losing her debut to former title challenger Liz Carmouche before finding some success putting together a small win streak until mixed results in her following few bouts saw her make the move in weight down to the Women’s Strawweight division.

The UFC Women’s Flyweight division seems to continue to get more exciting as we see many women making the jump in weight to join the division led by current champion Valentina Shevchenko. It remains to be seen how this move in weight will affect Andrade’s performance however, her team feels this will be the ideal weight for the former champion to continue her career in.