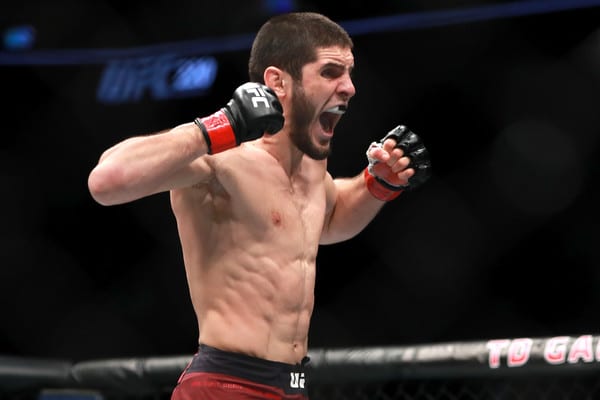 UFC St. Petersburg’s co-main event will pit lightweights Islam Makhachev and Arman Tsarukyan against each other in what should be one heck of a fight.

Makhachev (16-1) has rattled off four straight wins since losing at UFC 192. The Russian fighter will surely have a large following in St. Petersburg. A win should earn the 27-year-old a bid in the top 15. As for Tsarukyan (13-1). A young man of Armenian descent, Tsarukyan is a decorated striker with a grappling game to match. The 22-year-old averages four fights a year since turning pro, this will be his first of 2019.

The fighters trade in the center of the Octagon to start the final round. Tsarukyan lands a right hand. Makhachev lands a head kick but Tsarukyan walks through it. Unreal. Tsarukyan offers a front kick up then dives on Makhachev’s leg. He works for it but Makhachev defends and looks for his own takedown. The men take a breather in the clinch and Makhachev eats an elbow on the break. Makhachev scores a takedown and ties up his legs. He blasts some right hands in Tsarukyan’s face. Somehow Tsarukyan gets back to his feet but Makhachev is on him like glue with one minute to go. He drives Tsarukyan into the cage and uses the cage to spring off and take Tsarukyan down. He laces his legs and punches Tsarukyan as the fight ends.