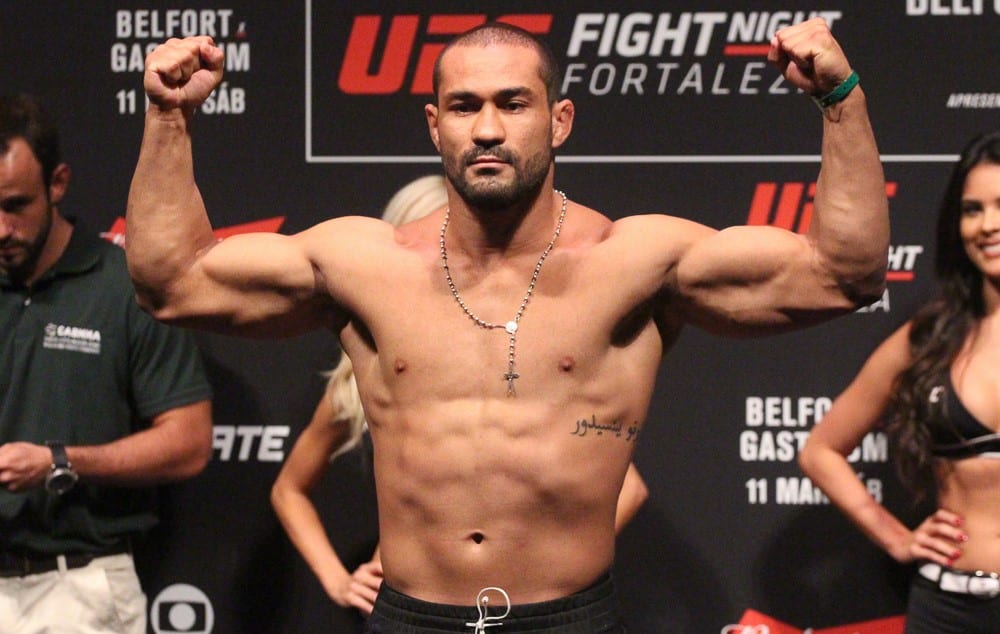 A lightweight contest between Austin “Thud” Hubbard and Davi “The Tasmanian Devil” Ramos kicked off the main card at UFC Rochester.

Hubbard (10-2) joins the UFC ranks after paying his dues on the regional scene and most recently in LFA. He is an exciting fighter who has won three straight and six of his last seven.

As for Ramos (9-2). The 32-year-old Brazilian submission specialist has rolled off three straight victories in the UFC after dropping his promotional debut. Ramos has finished his last three opponents via rear naked choke.

Ramos takes the center of the Octagon and eats a leg kick. Hubbard pumping his jab from outside Ramos’ distance. Ramos walks forward and lands a leg kick of his own. Both fighters throw leg kicks and connect in each other’s groin. The fight resumes and Hubbard faints and throws a front kick. Ramos throws a wild right hook that nearly lands. Hubbard lands a nice counter right. Ramos lands a hard leg kick, Hubbard lands one of his own. The Brazilian lands a right hand, then a left. Hubbard has a chin on him. Ramos scoops Hubbard up and easily takes the American down. He takes his back and looks for the choke. The horn sounds and most likely saves Hubbard.

The fighters touch gloves to start round two. Ramos lands a hard leg kick, Hubbard returns one of his own. Ramos goes body, head, body and stuns Hubbard. The American clips Ramos with a right but Ramos gets his hands around the waist Hubbard. He drags the American down but in a very unusual position. Hubbard manages to break free and get back to his feet. He pressures Ramos with a body shot and then goes back to leg kicks. Ramos cracks Hubbard with a hard left hook, somehow, Hubbard eats it. Ramos gets a hold of a leg and works to drag Hubbard down. He does so easily and looks to advance his position. He blasts a few elbows but the round ends.

Hubbard throws a hard leg kick to start the final round. He pressures Ramos and misses a big uppercut, but comes back with another leg kick. Ramos thuds his own leg kick and then wings an overhand left. Ramos blasts a left hand that rocks Hubbard. The American is in trouble. Ramos lands another right and takes Hubbard down. He goes to the body with a couple of strikes then methodically moves into position. Ramos lands a right hand and works to get out of half guard. The referee steps in and stands them up? Less than 90 seconds remaining. Hubbard still moving forward with strikes but Ramos answers. Ramos goes for a spinning kick and loses his balance. The horn sounds.