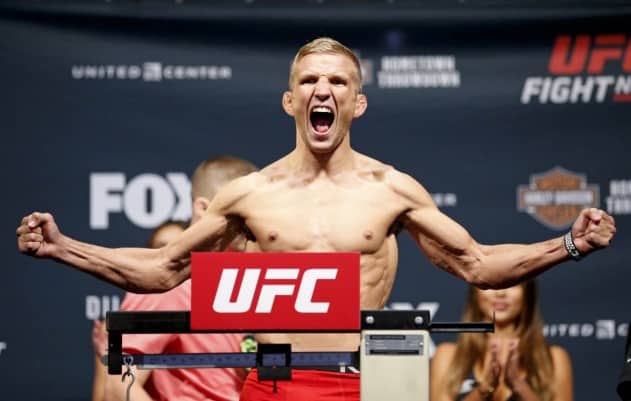 This evening’s (Sat., July 25, 2015) UFC on FOX 16 from the United Center in Chicago, Illinois, delivered a hard-hitting night of wars, controversy, and finally, a defining title fight performance by bantamweight champion T.J. Dillashaw.

For his effort in the long-awaited rematch, ‘The Viper’ earned a much-deserved $50,000 “Performance of the Night” bonus for his second straight stoppage of ‘The Baron.’

The other $50,000 “Performance of the Night” bonus went to Tom Lawlor for his ultra-impressive knockout of formerly surging Gian Villante in a return at light heavyweight.

“Fight of the Night” was understandably shared by lightweights Edson Barboza and Paul Felder, who threw down in an absolute Muay Thai clinic that saw a ton of hard kicks, spinning backfists, and endless exchanges from both fighters. In the end, the No. 6-ranked “Junior” handed the tough Felder his first-ever loss in mixed martial arts (MMA). 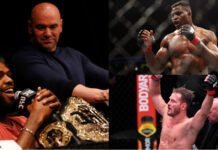