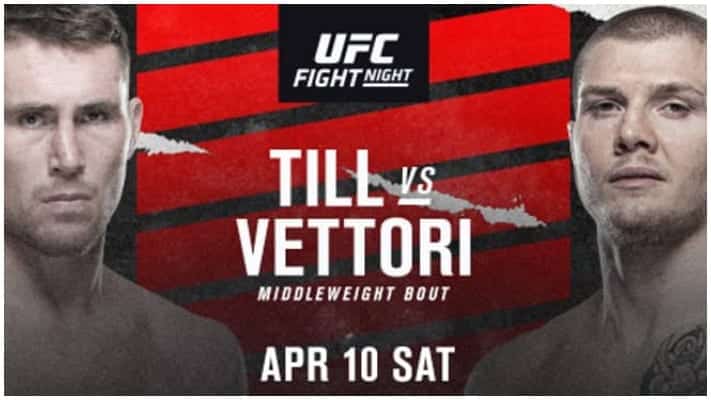 After a brief break, top-level MMA returns to our screen on April 10 when Darren Till takes on fellow middleweight contender Marvin Vettori in the UFC on ABC 2 main event. Join us as we break down the best fights on this card and hopefully help you make some money with https://22bet.co.ke/mobile/.

Darren Till vs. Marvin Vettori

In the main event, we have what is in my opinion a 50-50 fight. Darren Till has failed to impress as of late but should be given the opportunity to next weekend. The 27-year-old scouser will not have to go looking for his Italian opponent. Marvin Vettori is all about pressure. The only direction this guy knows is forward. It’s served him well in previous fights but could be his undoing against a slick, powerful puncher like Till. So, for that reason, we’ll be adding Till to our bet this weekend as a +140 underdog. If you fancy Vettori in the UFC on ABC 2 main event you’ll find him at odds of -170.

In the UFC on ABC 2 co-main event, we have a great match-up between of two of the most promising featherweight prospects in MMA. After more than a year out, Arnold Allen will return to one of the biggest fights of his life. The Englishman has won seven straight fights to establish himself in the 145lbs rankings. Sodiq Yussuf has won five straight since joining the UFC in 2018. Another close fight and another fight we will be backing the English underdog. Allen has show a great chin throughout his career. We think ‘Almighty’ will be able to survive the early storm before putting out Yussuf. We’ll be betting on him to win this fight at odds of +110.

On the UFC on ABC 2 main card, we have a great fight between two of the most popular women in MMA. Nina Ansaroff will return to the Octagon for the first time since giving birth last year. The wife of dual-weight UFC champion Amanda Nunes had looked good before he extended break but did fall short in her last fight which came against top strawweight prospect Tatiana Suarez. Unfortunately for Ansaroff she’s coming up another really talented fighter in Mackenzie Dern on April 10. The BJJ wizard picked up three impressive wins in 2020 and now seems set for a 115lb title charge in 2021. We’ll be backing her to continue her hot streak at odds of -110.

Opening up the main card we have what promises to be a fun fight between Mike Perry and Daniel Rodriguez. Both men are known for standing and banging. If you could bet of who will get Fight of the Night, this would be our pick. ‘Platinum’ is the underdog in this fight for a reason. It’s sad to say but at 29-year-old he already appears to be past his best. The once ferocious puncher hasn’t scored a knockout win since 2017. Perry six of the nine fights he’s had since then. For this reason, we simply have to back Rodriguez at odds of -175.

Who will you be betting on at UFC on ABC 2?