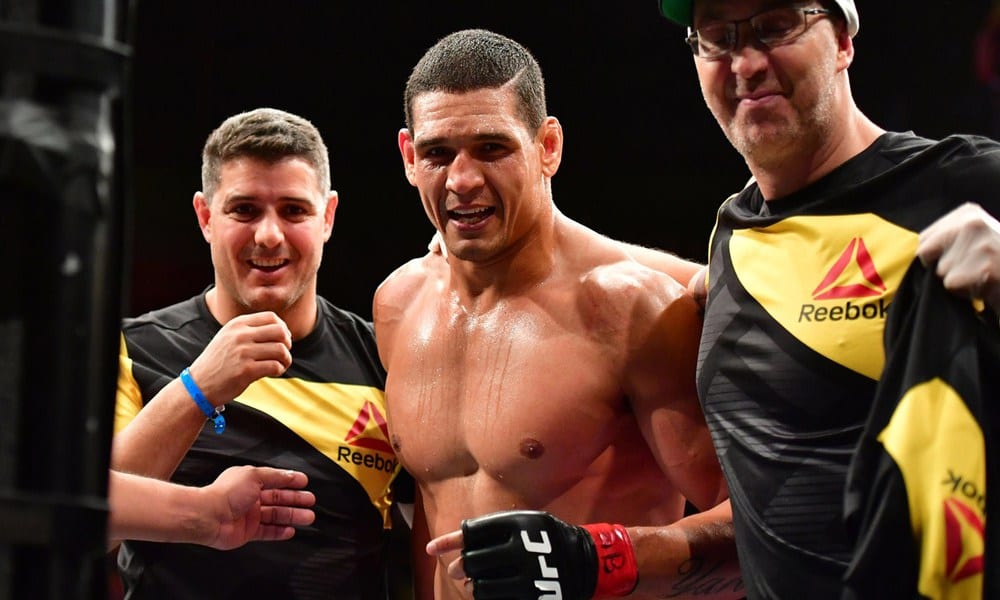 Vitor Belfort’s protege Cezar “Mutante” Ferreira picked up a dominant win at UFC 224 over the weekend on the same card that saw his mentor get head kicked into retirement.

“Mutante” himself had a difficult training camp while preparing for the previously undefeated Karl Roberson, tearing his hamstring a month before the fight (via MMA Junkie):

“It was very, very hard. I couldn’t spar. I thank God, because I have a great team. Those guys trained me very well for this fight.

“They want my career to last longer. I want to fight until I’m 50 years old.”

Ferreira (13-6) has previously undergone a back surgery that required eight screws to correct. The UFC middleweight relied on his ground game to take Roberson down and ultimately choke him out with an arm-triangle choke in the first round.

“Mutante” is now 5-1 in his last six fights and is on a modest two-fight win streak, but is certainly working his way into the top 10 of the middleweight division. Even his most recent loss to Elias Theodorou was extremely competitive and quite close:

“I think I earned my spot in the UFC rankings, because everybody knows that I have a six-win streak. The fight that I lost in Canada, the judges took away from me. I won the fight clearly, with one hand – I broke my hand in the first round. I’ve already said everything I think about it, so I’m just going to wait to see my next opponent.”

Does “Mutante” deserve a top ten middleweight after Saturday night?