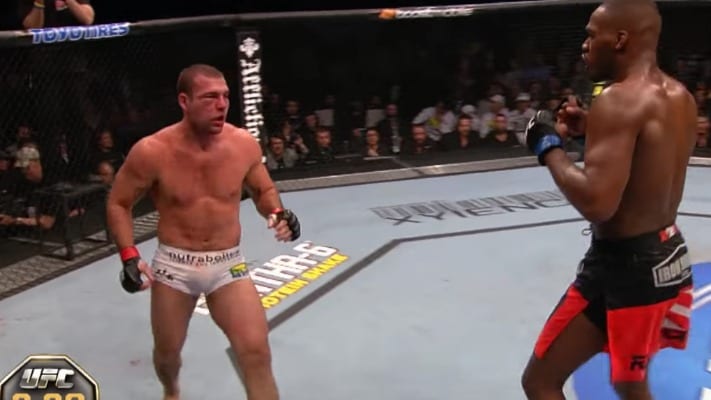 With social distancing in full effect thanks to the coronavirus pandemic, there is little mixed martial arts action to watch. However, we can always turn back the clock and watch classic fights such as Jon Jones vs. Mauricio Rua.

The pair collided for the light heavyweight title at UFC 128 back in 2011. Jones, of course, was only 23 in his first title fight and was facing an experienced veteran in “Shogun” — but that didn’t matter.

“Bones” dominated Rua from start to finish before getting the third-round TKO finish to become the youngest champion in UFC history.

Remarkably, Jones remains champion to this day — although he did lose the belt twice during that period when he was stripped — as he is yet to suffer defeat since.

Thanks to the official YouTube channel, you can rewatch the fight in its full entirety below:

Jones most recently defended his title in a close unanimous decision victory against Dominick Reyes at UFC 248 last month.

He is expected to face Jan Blachowicz next, however, a rematch with Reyes isn’t out of the question given the manner of that fight.

Do you want Jones to face Reyes again? Or do you prefer to see him square off against Blachowicz?