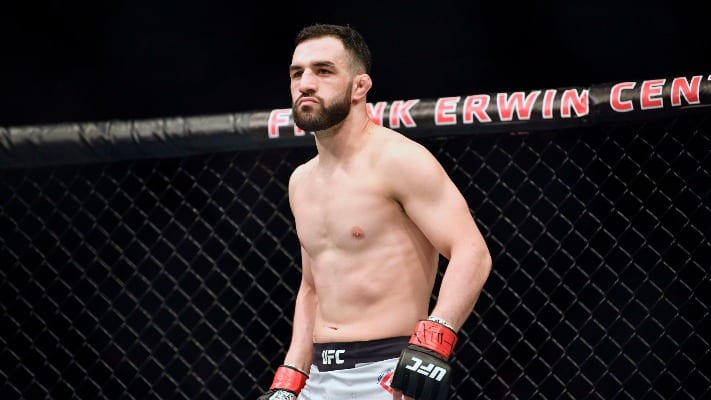 Jared Gordon is a current UFC lightweight with a professional record of 15-3 and is 3-2 inside the Octagon. He is obviously not one to mess with but he had an altercation on the streets last year where he badly hurt his hand.

Now, he had yet another altercation as a bat-wielding thug tried to jump him.

“Had an awesome night with my parents, my cousin and her husband this evening in Chicago. I took this video of this guys bumper sticker I saw as we were walking back to the hotel, he didn’t approve and pulls a bat out of his trunk… see next video for the rest,” Jared Gordon wrote on Twitter.

His next tweet was the full video where you see the altercation between the man and Jared Gordon.

“Me and my cousins husband subdue him and I take the bat from him. It took everything in me not to punch him. So I stepped on his neck instead, and he goes sleepy for about 2-3 seconds… and goes on his merry way,” he added.

Jared Gordon last fought back in June at UFC Minnesota where he beat Dan Moret by decision to snap his two-fight losing streak. Before that, he was knocked out by Joaquim Silva and TKO’d by Diego Ferreira. His other two wins inside the Octagon were a decision win over Hacran Dias and a TKO win over Michel Quinones.

He does not currently have a fight booked.

What do you make of this incident between Jared Gordon and a thug?