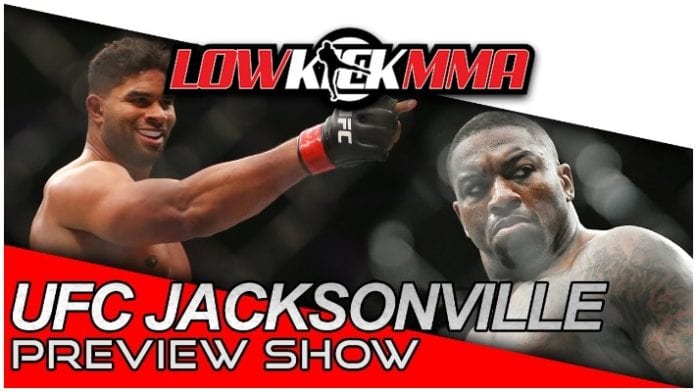 The LowKickMMA preview show is back once again ahead of UFC Fight Night: Overeem vs. Harris which will go down at the VyStar Veterans Memorial Arena in Jacksonville, Florida this Saturday night. In the main event, heavyweight legend Alistair Overeem will be looking to get back to winning way against Walt Harris who fights for the first time since losing his daughter last year.

Walt Harris Is A Worthy Favorite Over Alistair Overeem

According to SportsBettingDime.com Walt Harris is a deserving -160 favorite over Alistair Overeem. While he’s already 36, the relative late-comer to the fight game is arguably getting better with every fight. The 39-year-old Overeem, on the other hand, is just 3-3 since 2016 and nearly a decade removed from his career-best 12-fight unbeaten streak. Look for the hyper-athletic Harris – formerly an elite level basketball player who earned NBA tryouts – to come in with a finely-crafted gameplan that capitalizes on the numerous holes that have opened in the Dutchman’s game over the last few years.

Site manager Jordan Ellis and staff writer Ryan Galloway chat once again about all things UFC Fight Night: Overeem vs. Harris, offering their thoughts and predictions for the main card. The lads also look back at UFC Fight Night: Smith vs. Teixeira and chat disucss the events’ main talking points. Check it out below…