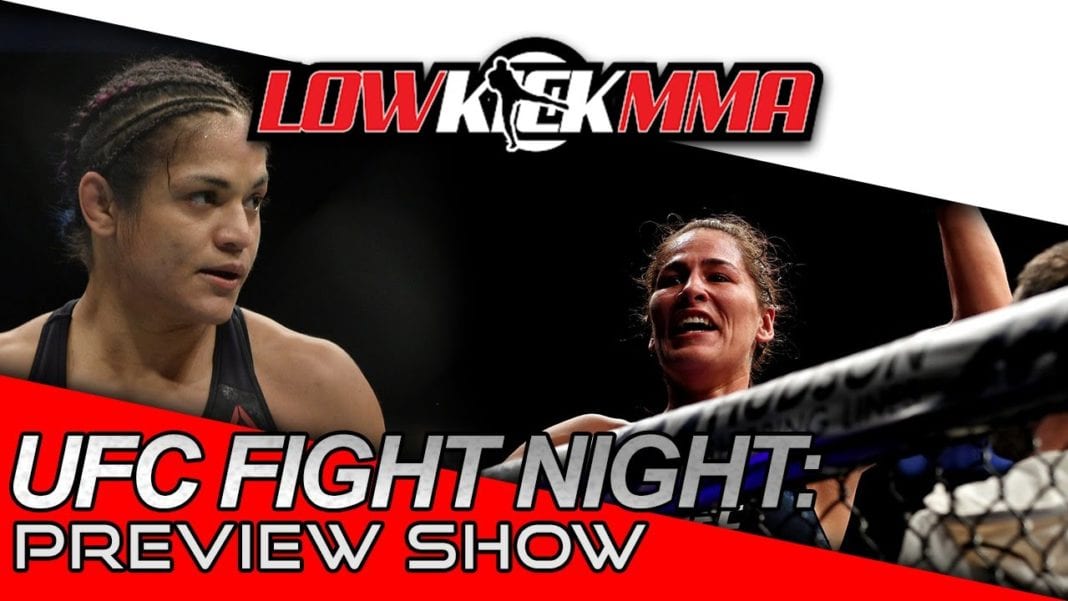 UFC Fight Night: Eye vs. Calvillo goes down this Saturday night (June 13) at the UFC Apex Facility in Las Vegas, Nevada. Top flyweight contender Jessica eye will be looking to earn another title shot against Cynthia Calvillo who will be making her divisional debut at the top of the card. In the co-main event middleweight rivals Karl Roberson and Marvin Vettori will finally battle it out after their fight was previously pulled on fight day at UFC Jacksonville on May 13.

Join LowKickMMA site manager Jordan Ellis and staff writer Ryan Galloway as they look ahead to UFC Fight Night: Eye vs. Calvillo, offering their thoughts, opinion and predictions on the fights. The lads also talk about all things ‘Fight Island’, the various big fights announced recently and the “retirement” of Conor McGregor – check it out below.