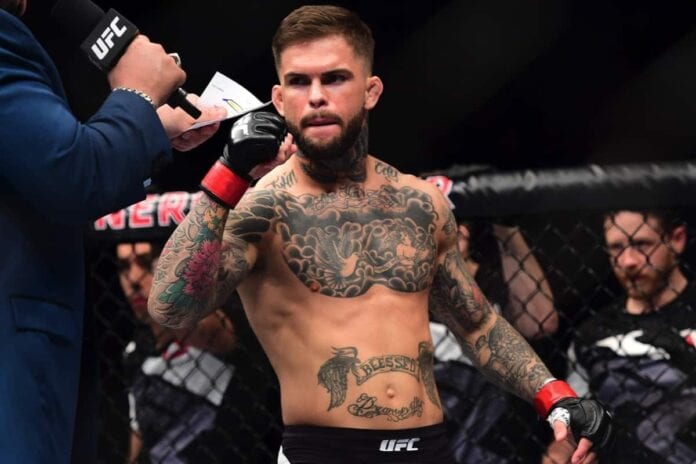 There was a well-rounded mix of performances at tonight’s (Sun., May 29, 2016) UFC Fight Night 88 from the Mandalay Bay Events Center in Las Vegas, Nevada, but none rang as true as surging bantamweight contender Cody Garbrandt’s first-round knockout of Thomas Almeida in the main event.

For the win, Garbrandt earned the first “Performance of the Night” bonus on the card, taking home $50,000 for his finest effort.

The second “Performance of the Night” went to middleweight Jake Collier, who rallied back from having his nose broken by debuting Alberto Pereira Uda in the first round with a vicious onslaught of spinning back kicks to the body in the second, scoring the comeback finish.

“Fight of the Night” expectedly went to the co-main event scrap between Jeremy Stephens and Renan Barao, who was making his featherweight debut after losing his bantamweight title. Both fighters landed a ton of shots and did a ton of damage, with Stephens absolutely battering Barao with a never-ending stream of uppercuts in the second frame. But Barao controlled the grappling, and also nailed Stephens with a ton of hard strikes in a back-and-forth affair that both men deserved to earn a bonus for.