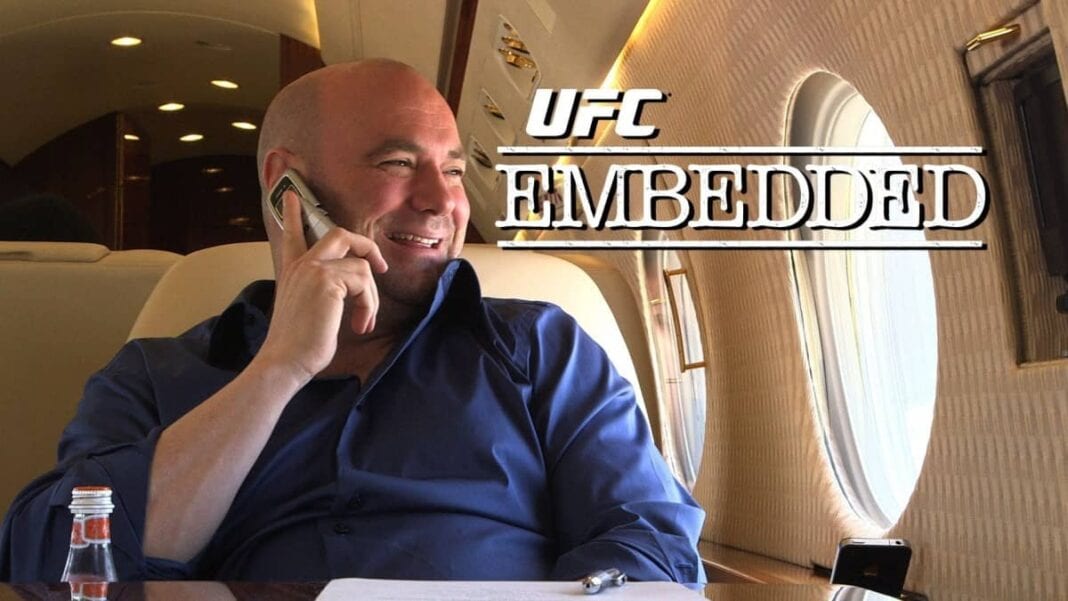 We are just one day removed from UFC Fight Night 59 going down in Boston, Massachusetts, and the hype train keeps on rolling. UFC Fight Night 59 Embedded Episode 4 is out, and features some pretty decent footage. The winter scene that is Boston plays host to some huge stars this weekend, including the featherweight champion.

Jose Aldo arrives in town to show his support for Conor McGregor. “”The Notorious” works out for fans and media, showing some flashy moves and quick wit during the open workouts, and gives Dana White an autograph. His opponent and heavy underdog Dennis Siver sits with media and describes the journey that has led him to Boston.

Old friends and opponents on Sunday (January 18th, 2015) Donald Cerrone and Benson Henderson catch up, and they seem as pally as ever. Enjoy the UFC Fight Night 59 embedded episode 4 video, and stick with LowKickMMA this weekend for al your fight coverage from Boston!