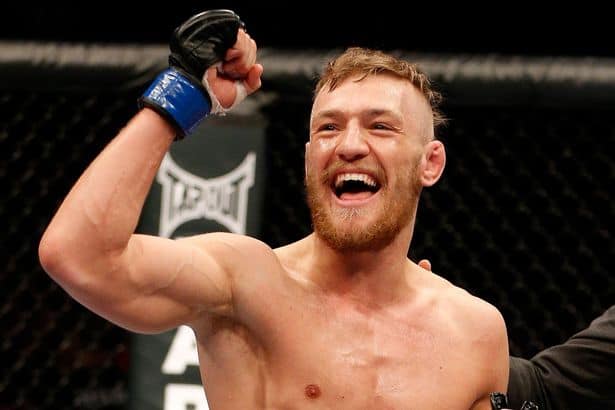 UFC Fight Night 59 draws ever closer, as the promotion makes the return to the hometown of Dana White this Sunday January 18th. “”The Notorious” Conor McGregor faces German striker Dennis Siver in the evening’s main event, in one of the most hype-heavy Fight Night cards in UFC history. At stake for McGregor is a shot at featherweight champion Jose Aldo.

A lot of the talk surrounding the main event in Boston is how the SBG product is the next step in MMA’s evolution. His striking is crisp and very powerful, and subtle in how effective he implements it. Seen in the above video, “The Notorious” puts on quite a show for media and fans in a Dublin octagon.

UFC president Dana White is present to watch McGregor warm up with a number of unique stretches, and even a handstand thrown in for good measure. With all that’s at stake for the Irish star, you could argue that he has one of the coolest heads in the game. The TD Gardens in Boston will likely be jam packed for the show this weekend.