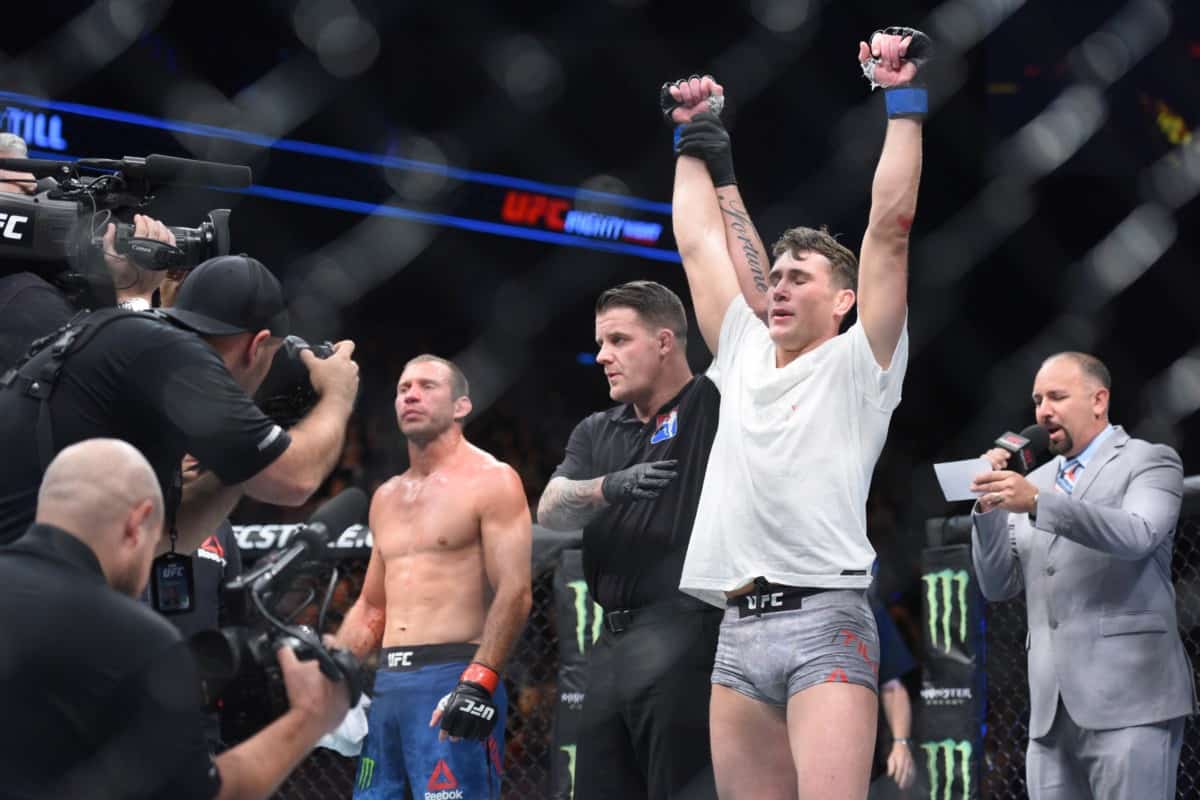 UFC Fight Night 118 emanated today (Saturday, October 21, 2017) from the Ergo Arena in Gdansk, Poland. The show was headlined by Darren Till‘s coming out party against established vet Donald Cerrone. Till made a huge statement by dispatching “Cowboy” in the very first round behind crisp punches, particularly his left hand. He banked an extra $50,000 for his Performance of the Night.

The other Performance of the Night check went to fellow main card winner Jan Blachowicz, who pulled off a no-hooks rear-naked choke on Devin Clark. It was a huge win for Blachowicz in front of his hometown crowd, as he was coming off two straight disappointing losses and might have had his back against the wall. Not only does he get to keep his roster spot, but he takes home an extra $50,000.

The Fight of the Night went to bantamweights Brian Kelleher and Damian Stasiak. Kelleher had Stasiak outgunned, but the Pole was tough and game and continued to throw back. Kelleher had crisper, more powerful punches but ate several damaging spinning back kicks throughout the battle. And whenever Kelleher spilled onto the mat, Kelleher again had the advantage, threatening with his trademark guillotine again and again. Stasiak had his moments but slowly wore down, perhaps sped along by a broken nose suffered early in the bout. Kelleher finally put Stasiak away late in the third behind an intercepting punching combination. Both men left $50,000 richer for their exciting scrap.

Keep it locked to LowKickMMA for all the post-fight news and notes following UFC Gdansk.