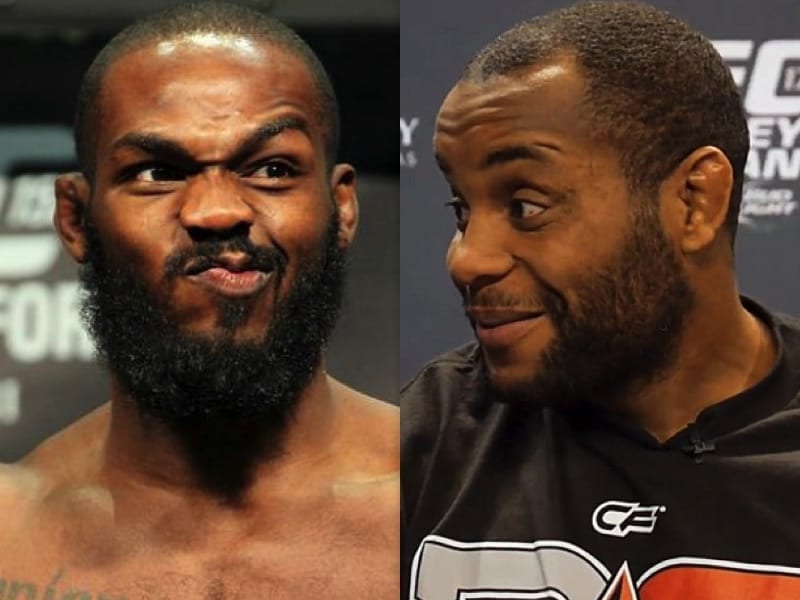 The MMA world is anxiously awaiting the return of longtime former UFC light heavyweight champion Jon Jones, who will step back into the Octagon against arch rival Daniel Cormier in the main event of April 23’s blockbuster UFC 197 pay-per-view (PPV) from Las Vegas.

“Bones” won his last fight over “DC” at 2015’s UFC 182, but was infamously suspended and stripped of his title belt when he became the subject of a brief manhunt after he allegedly hit a 25-year-old pregnant woman in his adopted home of Albuquerque, New Mexico and fled the scene. He turned himself in and struck a plea deal for the felony charges, agreeing to probation and numerous public appearances to help repair his image.

As far as fighting goes, Jones never lost his belt, as the vacant title went to Cormier when he submitted former top contender Anthony ‘Rumble’ Johnson in the main event of last year’s UFC 187. Now reportedly sober and intensely focused on regaining the belt, Jones has posted several photos of himself looking huge and ripped after undertaking an intensive weight training regimen.

While Cormier has speculated that may actually hurt Jones’ abilities in the cage due to the fact he always relied on speed, agility, and accuracy to beat his opponents with his very unorthodox striking, one of “DC’s” FOX Sports broadcast parters doesn’t agree. During a recent appearance on Bloody Elbow’s ‘Heavy Hands’ podcast, former UFC fighter-turned-announcer Brian Stann said that Jones now being bigger and stronger is a scary proposition for his opponents, and that includes his rematch with Cormier:

“I haven’t seen anything technically that leads me to believe he’s gonna be able to take Jon down consistently. Especially now that Jon has discovered weight lifting.”

“And Jon’s a unique athlete. Never lifted weights but you try to get your hands on him and his instincts for leverage and wrestling are phenomenal. I’ve watched him train with heavyweights and make them look really, really bad.”

As a former member of Jones’ home base of Greg Jackson‘s MMA, Stann would know seemingly what he’s talking about, and indeed Jones posted a recent photograph on Instagram of him training with former UFC heavyweight champion Andrei Arlovski:

Always an honor to touch gloves and throw some elbows with a true legend in the game. Thanks for the rounds AA ?: @thefoxidentity #Champion2016

No word as whether or not he made the Belarusian bruiser look bad in training, but the general consensus is that Jones will handle Cormier with ease when they meet in April. Cormier, a former heavyweight who won the Strikeforce World Grand Prix at the weight class, could be in for the fight of his life.

Of course, the same thing could be said about Jones, although the reason is quite different, as the talented but troubled former champion has been his own worst enemy. What, if anything, will be different for “Bones” this time around?