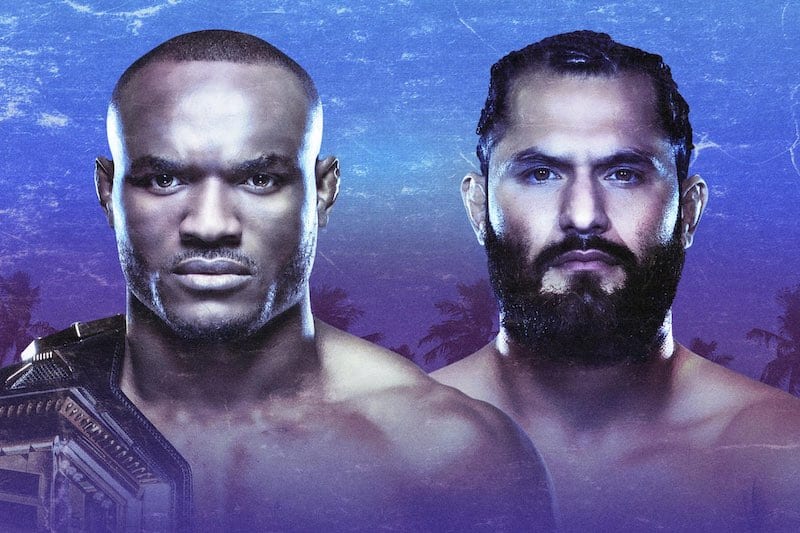 IT’S TIME! UFC 251 is finally upon us. The worlds leading MMA promotion will host a mammoth night of fights live from Yas Island, Abu Dhabi which is now known as ‘Fight Island’. Three massive title fights top the biggest card of 2020.

Ahead of this weekend’s festivities we at LowKickMMA have checked out all the fight odds to help our readers make some money. If your going to be betting on UFC 251 why not take a look at other casino games, slots or the cleopatra game before putting your money down.

UFC welterweight champion Kamaru Usman was supposed to fight Gilbert Burns this weekend but the Brazilian submission specialist was forced out of the fight, meaning Jorge Masvidal stepped into the bout on six days’ notice. As a result, you will find Usman to be a heavy favourite in this fight, his odds are as short as 2/5 to get the win. Masvidal although coming in on short notice is reportedly in “fight shape” and therefore is worth a bet, especially at odds of 2/1. ‘Gamebred’ has finished his last three opponents. If you fancy him to make it four in a row you can back him at 3/1. ‘The Nigerian Nightmare is 13/10 to find the finish inside the scheduled distance although he is more known for grinding down his opponents over the distance.

In the co-main event Alexander Volkanovski will make the first defence of his featherweight title against the man he dethroned late last year, Max Holloway. After easily outpointing ‘Blessed’ over five rounds at UFC 245 in December it’s understandable that Volkanovski heads into this fight the favourite at odds of 9/20. Holloway was an underdog anyway but has spoken out about training via Zoom for this fight which has led to his odds drifting to 9/5. Despite this, the Hawaiian is one of the best featherweight fighters of all time and he could well be worth a bet if those odds drift any further.

The first title fight of the night will see featherweight great Jose Aldo face off against Russian phenom Petr Yan for bantamweight title that was recently made vacant by the now-retired Henry Cejudo. Yan is a considerable favourite heading into this one You’ll find him at odds of 2/5 and with good reason. The 27-year-old has lost just once in his 15-fight professional MMA career. Since joining the UFC in 2018 he has gone from strength to strength and appears to be the future of the division. However, Yan is yet to face anyone on Aldo’s level, and this will definitely be his toughest test to date. The Brazilian has size, power and experience advantages heading into this one – it would be unwise to write him off. Although that seems to be what the bookmakers are doing with odds of 2/1 for the win and 5/1 for the finish. Aldo is in our opinion certainly the most live underdog on this card. ‘Scarface’ is more than capable of rolling back the years against the impressive but untested Yan.