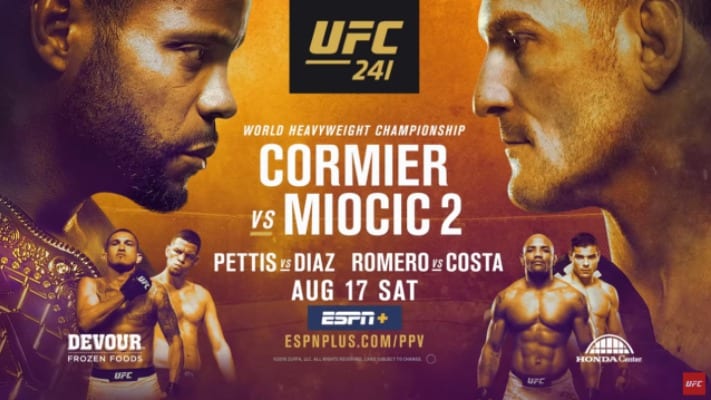 The Anaheim crowd turned out for the event with an attendance number of 17,304, resulting in a $3,237,032 gate. There were also some well-deserved post-fight bonuses handed out.

On the final bout of the ESPN preliminary card, Khama Worthy picked up the first finish of the night. Worthy was able to finish opponent Devonte Smith in the first round with a TKO as the round’s closing minute was winding down. He’ll receive a $50,000 Performance Of The Night bonus as a result.

Also, on the main card, middleweights Yoel Romero and Paulo Costa put on a show. The two heavy-handed strikers laid down some serious leather during the contest, both rocking each other throughout all 15 minutes. However, when it was all said and done, the judges determined Costa had done enough to earn the decision win. Despite that, both men will take home a $50,000 Fight Of The Night bonus.

And finally, in the main event of the night, Stipe Miocic put on a beautiful performance in the fourth round to put Daniel Cormier away via TKO. Miocic attacked Cormier’s body, forcing him to drop his guard, and finished “DC” with some nasty shots. Not only will Miocic take home the new heavyweight title, but he’ll also take home an extra $50,000 Performance Of The Night bonus.

What do you think about the UFC 241 bonuses handed out tonight?