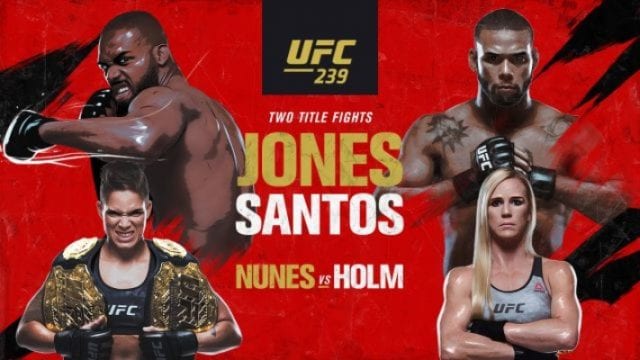 LowKickMMA will be providing you with UFC 239 results throughout the night. The pay-per-view (PPV) goes down tonight (Sat. July 6, 2019) from the T-Mobile Arena in Las Vegas, Nevada.

Also, a pivotal welterweight clash graces the main card with Ben Askren vs. Jorge Masvidal. The UFC has put together a tremendous card for International Fight Week. Check out LowKickMMA’s UFC 239 results below. Also, be sure to follow along with us throughout the night on Twitter @LowKick_MMA: