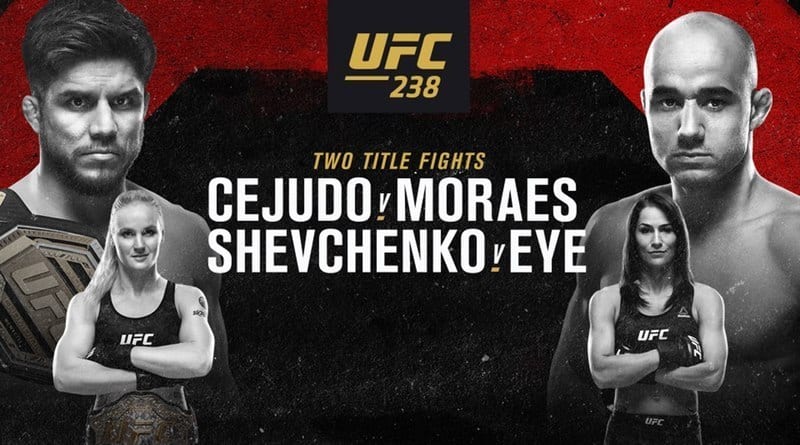 The UFC is gearing up for their next pay-per-view (PPV) event as the UFC 238 show is just less than a week from taking place, and the Las Vegas-based promotion has released their usual countdown special ahead of the event.

Henry Cejudo vs. Marlon Moraes in a bantamweight title bout will serve as the main event. In the co-headliner, Valentina Shevchenko defends her women’s flyweight title against Jessica Eye.

Rounding out the five-bout main card is Donald Cerrone vs. Tony Ferguson in a lightweight bout, Petr Yan vs. Jimmie Rivera at bantamweight, and Tai Tuivasa taking on Blagoi Ivanov in a heavyweight affair.

The UFC has released the full episode of their “UFC 238 Countdown” special on their YouTube channel to not only get the fans excited for the upcoming event, but to also give insight into the background and stories revolving around the card’s fighters.

You can watch the full episode here: