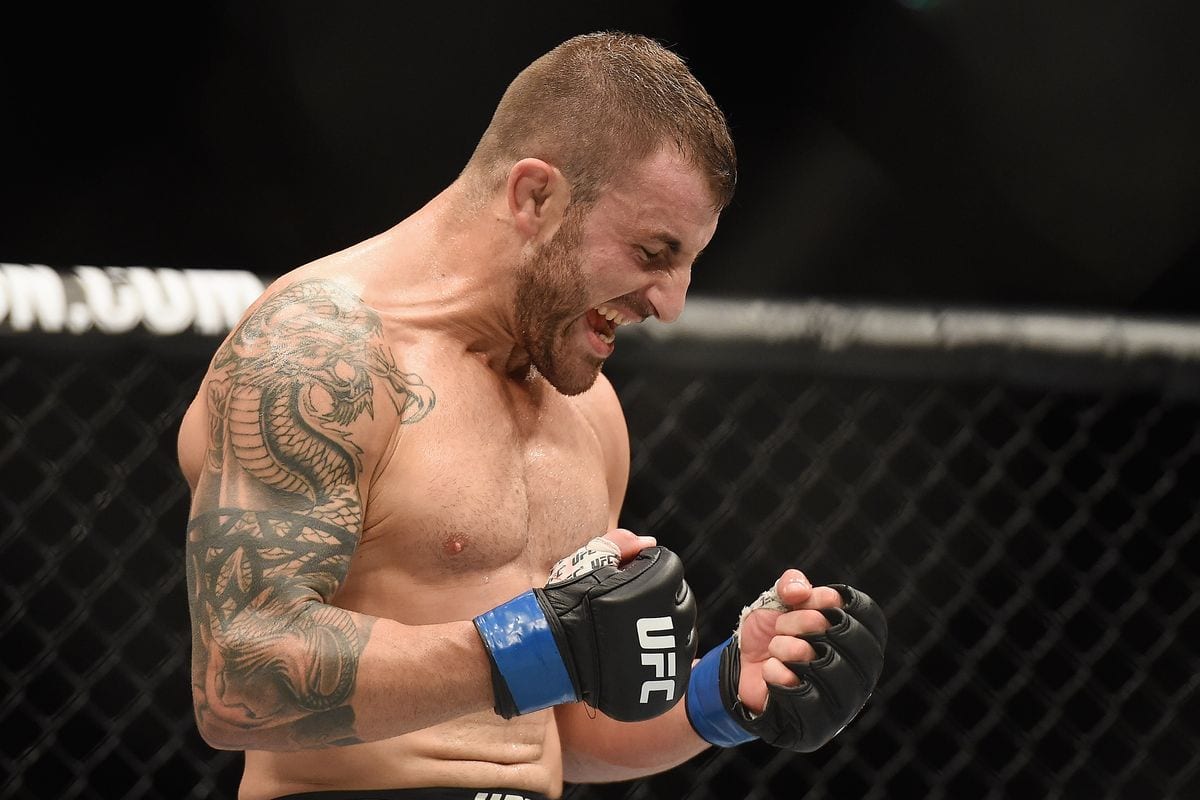 While any number of the UFC 232 prelim fights could main event some Fight Night cards, the main card kicks off with an exciting featherweight tilt.

Chad “Money” Mendes will take on Alexander “The Great” Volkanovski in the opening bout of the five-fight PPV main card. Needless to say, there are some title implications surrounding this contest.

Mendes (18-4), will make just his second walk to the Octagon since 2015 on Saturday night. He returned to action earlier this year and defeated Myles Jury after serving a two year USADA suspension.

Volkanovski (18-1) will make his third walk to the Octagon this year when he faces Mendes. The Australian fighter is riding a staggering 15-fight win streak.

The fighters meet in the center of the cage. Mendes throws a lazy kick, Volkanovski steps aside. Mendes is stalking the Australian. The American circles right, then left and lands a leg kick. The featherweights exchange a wild flurry but neither man lands significant. Volkanovski now has cage control as he walks Mendes down. Mendes lands an uppercut. Volkanovski throws a head kick but Mendes brushes it off. 90 Seconds left in the round and the Australian is trying to establish his jab. Mendes looks for a takedown but Volkanovski doing a good job with faints. Volkanovski goes to the body and then back to the jab. Mendes shoots a takedown but the Aussie pops right back to his feet. Mendes with a blitz forward as the round ends.

Result: Alexander Volkanovski defeats Chad Mendes via TKO at 4:14 of round two