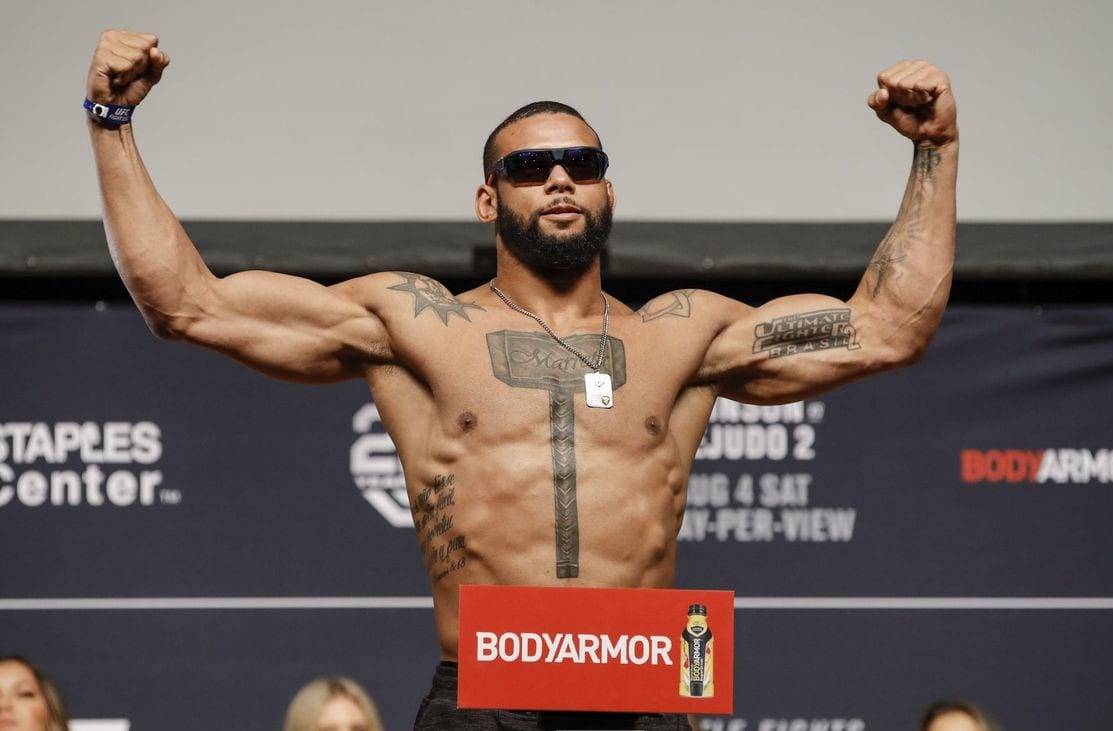 With two title fights on tap the Scotiabank Arena in Toronto, Ontario, Canada will be rocking as the Octagon is in town. We have all of the UFC 231 results here.

When the world leader of MMA travels to their neighbors in the north they always come proper. UFC 231 is no exception. With 13 fights in total, two of which are highly anticipated title fights, tonight could prove to be a pivotal night of fights for the William Morris Endeavor promotion.

Right out of the gate the PPV main card gets started off with a banger. As two light heavyweight sluggers meet in the Octagon.

Brazilian slugger Thiago Santos looks to continue his rise when he takes on the UK’s Jimi Manuwa.

Santos has won two straight since moving to 205 pounds. He most recently defeated Eryk Anders at UFC Fight Night 137 back in September.

As for Manuwa, he has dropped three of his last five including his last two. Some have called this fight a make or break for Manuwa who at 38 years old may be on the chopping block with another loss.

The fighters meet in the center of the cage. Santos clips Manuwa early and the Brit falls. He but Santos hits him again with a short uppercut. Manuwa stumbles and grabs Santos. Santos hits him again and Manuwa is clinging for dear life. Jimi clinches Santos and regains his composure. He clips Santos now with a right hand. Santos fires back and connects with a hard knee. Manuwa lands a hard right elbow. Both fighters swinging wildly with Santos throwing a spinning back fist. The fighters finally take a breather against the cage with Santos throwing some short knees to Manuwa’s midsection. Manuwa steps back and crushes Santos with a left hook. The Brazilan retreats. Manuwa kicks Santos leg out and rides the round out on top.

The second round starts with Santos landing a left jab. Santos lands a left hook. Manuwa is in trouble. Santos closes the distance and flattens Manuwa with a left uppercut followed by a hook.