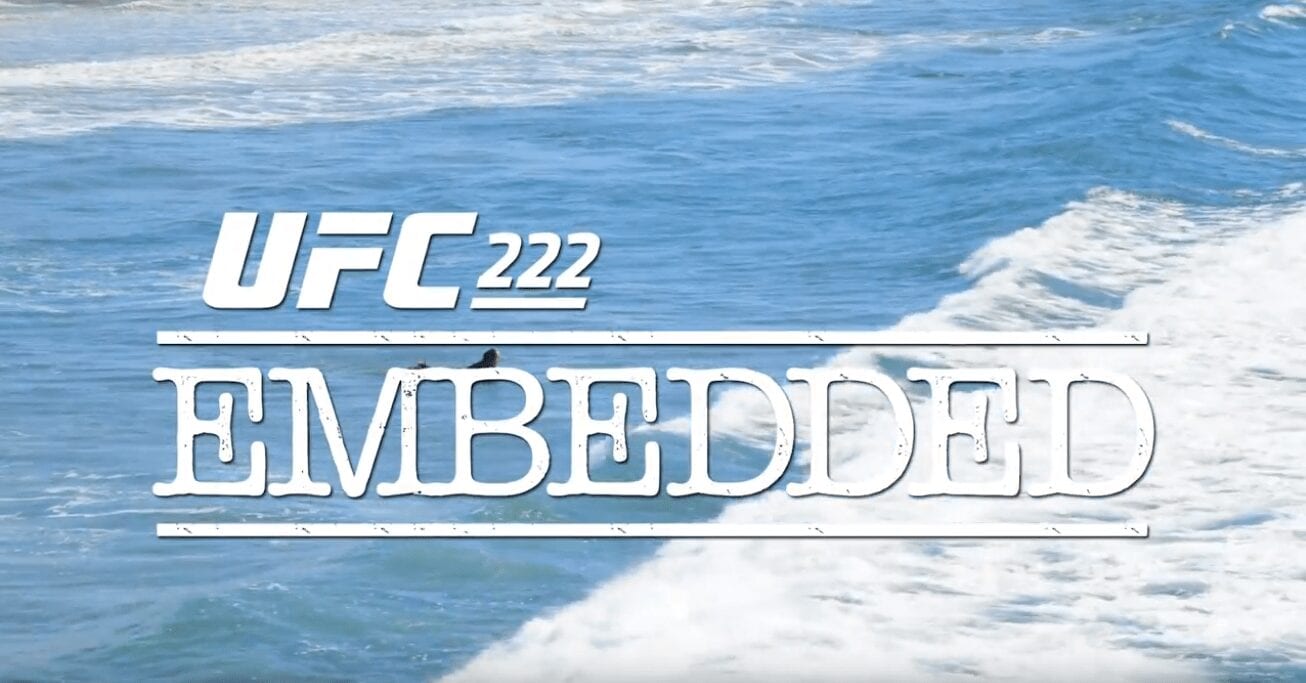 UFC 222 is less than a week away and the third episode of Embedded was released on the UFC’s YouTube channel.

In the episode, women’s featherweight champion Cris Cyborg travels alongside her camp and cats. Featherweight Brian Ortega adjusts to the chilly Las Vegas weather, and bantamweight Cat Zingano embraces her return to fight week. In the host hotel, Cyborg crosses paths with opponent Yana Kunitskaya, who quickly leaves to try on her fight gear. Bantamweight Sean O’Malley occupies himself with a video game, and his teammate, strawweight Mackenzie Dern, arrives for her first taste of the UFC. Featherweight Frankie Edgar and Kunitskaya both work out at the UFC’s high-tech Performance Institute.