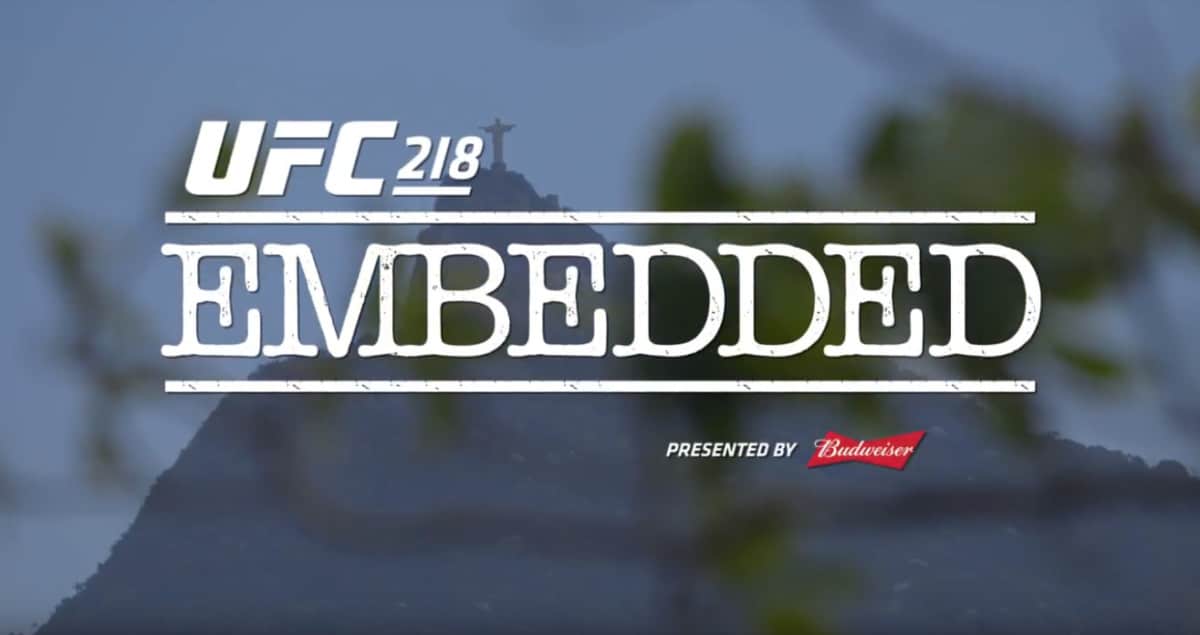 UFC 218 is a few hours away and the sixth episode of Embedded was released on the UFC’s YouTube channel.

In the episode, former featherweight champion Jose Aldo watches soccer before starting his weight cut. Spirits stay high as the pounds come off for heavyweight Francis Ngannou and lightweight Eddie Alvarez. It all pays off on Friday morning, when those fighters — as well as featherweight champion Max Holloway, heavyweight Alistair Overeem and Alvarez’ opponent Justin Gaethje — hit their targets at the official weigh-in. The stars of the main event recover with assorted carbs: spaghetti for Aldo and cupcakes for Holloway. Then it’s one more round of posing and staredowns, this time at Little Caesars Arena, where fans turn out for the ceremonial weigh-in.