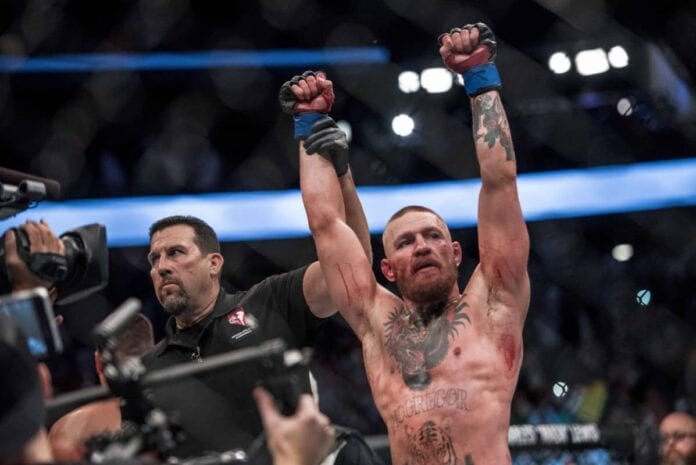 The highly-anticipated UFC 202 card went down this past evening (August 20, 2016) live on pay-per-view (PPV) from Las Vegas, Nevada, and what an event it was. The main event featured a bad blood filled rematch between bitter rivals Nate Diaz and Conor McGregor. The two men slugged it out for five rounds with McGregor ultimately walking away with a split-decision victory. Both Diaz and McGregor were given a $50,000 ‘Fight of the Night’ bonus.

The co-main event featured a pivotal light heavyweight bout as No. 1-ranked Anthony “Rumble” Johnson took on No. 2-ranked Glover Teixeira. Johnson made quick work of the Brazilian, scoring an early knockout victory. He was rewarded with a $50,000 “Performance of the Night’ bonus.

Also on the main card, former lightweight title challenger Donald “Cowboy” Cerrone extended his welterweight winning streak to three with a second round finish over Rick Story. Cerrone was given a $50,000 ‘Performance of the Night’ bonus for his efforts.

Stay tuned to LowKickMMA for all of you post-fight coverage.