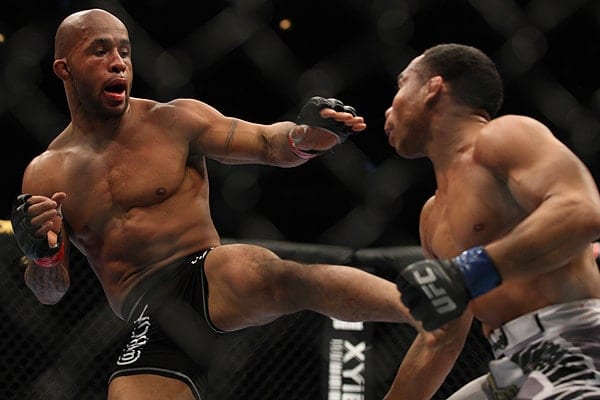 With hardly more than a month-and-a-half remaining until its September 5 date, it was a surprising that the UFC 191 pay-per-view (PPV) remained without any big-level fights.

That changed in a big way tonight (Wed., July 15, 2015), as it was revealed during UFC Fight Night 71 from San Diego, California, that the card will feature Demetrious Johnson vs. John Dodson in the main event from the MGM Grand Garden Arena in Las Vegas, Nevada.

The bout has been rumored for some time and became a reality when Dodson won a lackluster decision over Zak Makovsky at May’s UFC 187 after returning from a torn ACL. It’s also a rematch of their first fight at UFC on FOX 6 in early 2013, which is largely considered the only time that ‘Mighty Mouse’ was tested during his flyweight title reign after ‘The Magician’ dropped him early on.

Recent light heavyweight title challenger Anthony Johnson was also added to the card, as ‘Rumble’ will take on No. 12-ranked Jan Blachowicz.