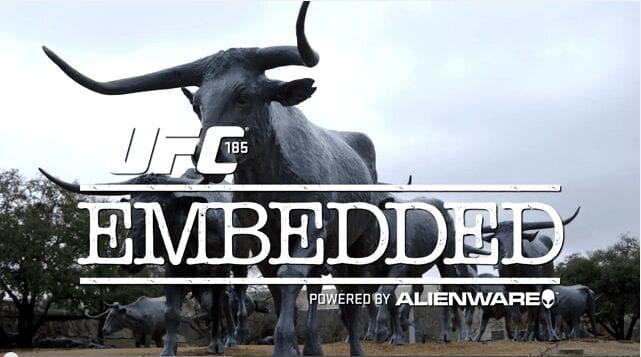 In the final episode of  UFC 185 Embedded Johny Hendricks hits pads in a sauna suit in an attempt to make weight, while his opponent ‘The Immortal’ Matt Brown takes a different route and soaks in the hot tub. Both fighters state how happy they are with how the weight cut has played  out.

Joanna Jedrzejczyk wants to bring back the women’s strawweight title to her home country of Poland and make her fans proud.

The lightweight champion Anthony Pettis doesn’t want to make the weight cut more strenuous than it already is, he is in luck as he only has three pounds left to cut.

Donald ‘Cowboy’ Cerrone is also in attendance, and empathizes with the fighters, knowing what they have to go through in order to make weight, but also states how exciting it is to be a part of the behind-the-scenes action.