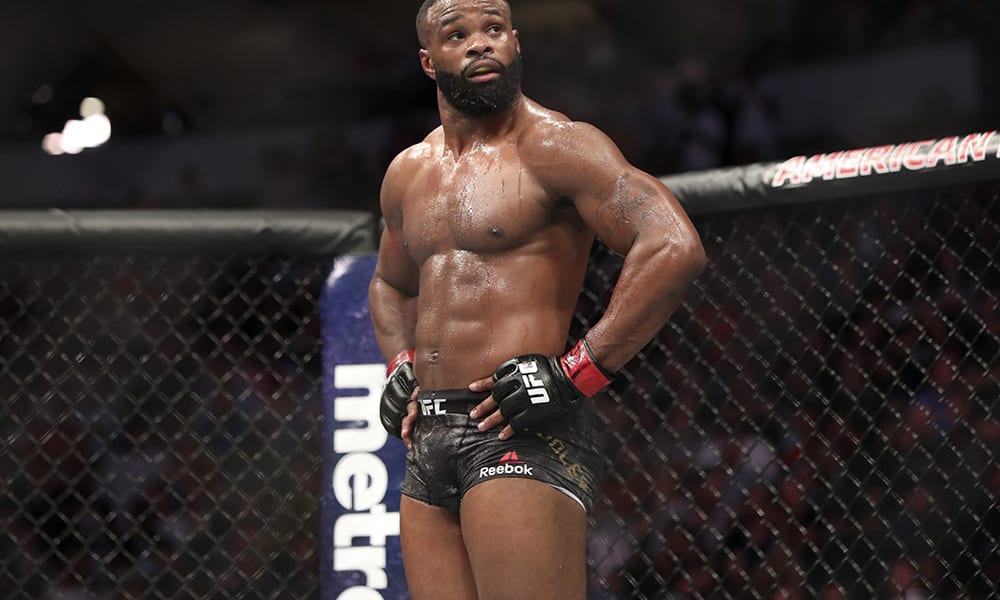 He defeated former 155-pound champion Rafael dos Anjos for the interim welterweight title. However, issues from both sides prevented that fight from happening immediately. As a result, Covington is no longer recognized as interim champion, and Woodley has since defended his title successfully against Darren Till.

Recently, Woodley took to Instagram Live and promised fans that he’ll fight Colby “Queefington” shut him up for good (via MMANYTT):

“I am fighting ‘Queefington’,” Woodley said. “When I’m fighting his little busted butt I don’t know. Hopefully sooner than later cause I know you all sick and tired of this dumb goofass videos that nobody’s f–king with, that don’t nobody think is funny, besides his dumbass.

“I know you all tired of him so sooner than you know, he will be getting that ass whooped and then you won’t have to worry about him no more. Because after I beat his ass, I promise you with everything I believe in, everything I love, everything I ride for, he will be very, very unlikely to want to talk s–t again.”

The UFC would like to get Woodley back into the Octagon son, however, “The Chosen One” is still nursing an injured thumb at the moment. He’ll likely be sidelined for the next few months. With UFC 233 right around the corner, and the promotion desperate for a main event, the idea of doing Covigton vs. Kamaru Usman for an interim title has been floated.

However, it looks like Woodley would take issue with this, and wants the next crack at Covington before anyone else.