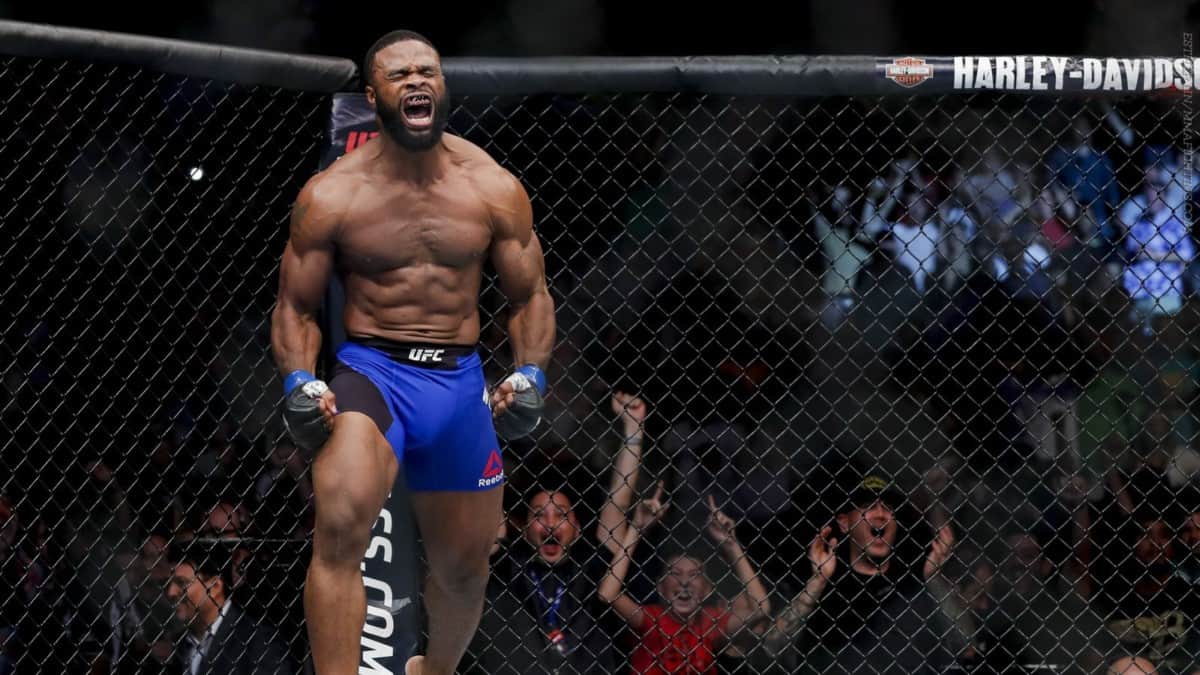 Reigning UFC welterweight champion Tyron Woodley will look to make the first defense of his 170-pound title in the co-main event of this weekend’s (Nov. 12, 2016) UFC 205, but many feel as if he’ll have a tough test in front of him, as he’s set to take on the surging Stephen “Wonderboy” Thompson, a man who was an incredible seven straight fights.

While many feel as if Thompson has the tools necessary to dethrone “The Chosen One”, Woodley doesn’t plan on surrendering his strap any time soon:

“It’s my time,” Woodley told MMAJunkie at today’s UFC 205 open workouts. “I’m not losing to anybody. My last loss was my last loss.”

Despite coming off of a brutal first round knockout of Robbie Lawler last July, Woodley has been deemed the underdog against Thompson, although he isn’t bothered by that, as it actually adds ‘fuel’ to his ‘fire’:

“They like to fuel my fire,” Woodley said of the oddsmakers. “I’ve been the underdog my last five fights and I’ve won them. … I think (my fight is) just pure domination, pure violence. I plan on annihilating everyone in this division and I’m going to prove everyone wrong.”

Do you expect Woodley to retain his title on Saturday at the famed Madison Square Garden in New York, or will “Wonderboy” walk away as the new undisputed champion?