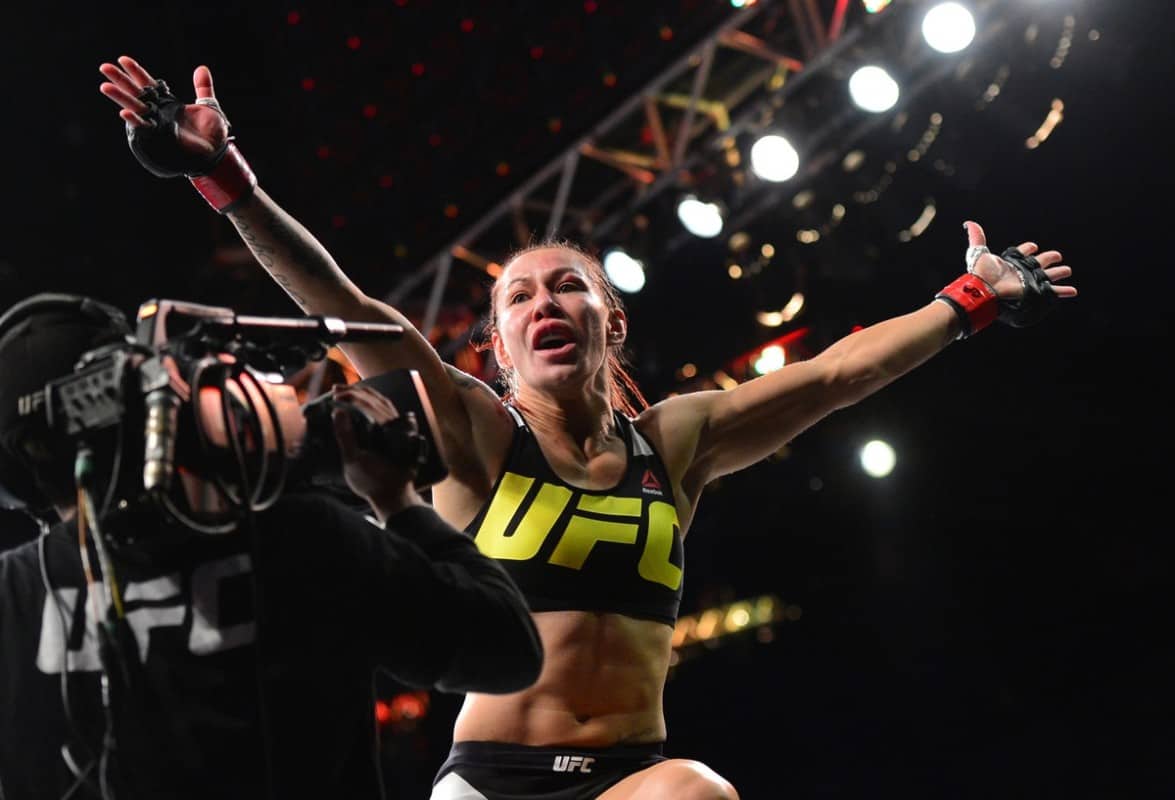 The main event went down according to the script. Justino’s opponent, UFC newcomer Lina Lansberg, lasted longer than many expected, making it to the second round. But she had to withstand a hellacious beating to do so. Lansberg could mount no meaningful offense, and spent the entire fight in survival mode before the referee finally intervened.

And finally, the third from the top billing saw the heavyweight slugfest with the outcome most expected. Roy ‘Big Country’ Nelson and Antonio ‘Bigfoot’ Silva duked it out for the better part of two rounds before Nelson found the chin of his Brazilian counterpart and then finished it on the ground. Most of the chatter about the fight centered on what happened next.

Upset that referee ‘Big’ John McCarthy had not stopped the fight sooner, Nelson made his displeasure felt. After walking away in frustration at being forced to hit his friend Silva more than he felt necessary, Nelson came back and kicked McCarthy in the butt as the latter tended to the prone Brazilian.

Check out Twitter’s reaction to these fights below:

Lina Lansberg is walking to the Octagon with the look of somebody who's about to have the time of their life.

Lina Lansberg is the 1st fighter since Rose Namajunas and Carla Esparza at TUF 20 Finale to headline a card in their UFC debut. #UFCBrasilia

Can the corner stop this?

Crikey. Cyborg ripped three straight kicks to the ribs, landed four punches and then went back to the kicks #UFCBrasilia

Cyborg wins via TKO in the second. Lansberg was tough, but Cyborg just too dangerous. GnP.

Finally, Yamasaki has no choice but to call off the wolves. Cyborg tore Lansberg to pieces #UFCBrasilia

There is no chick in MMA that can mess with Cyborg. #letsbehonest

Beatdown. Hard to watch. Or a Cris Cyborg fight, in other words.

If they don't make cyborg vs cmpunk I'll be soooo pissed

.@ufc please open up a 145lbs division for @criscyborg. Her torturing herself to make 140 is insane and she's incredibly entertaining.

Cyborg: “I already have 2 belts at home. I just want to put on super fights for my fans & make them happy.” Eh, wish she called someone out.

Great performance by Cyborg. She's to big and strong for pretty much all these women. Happy for her to finally get the shine she deserves

Renan Barao about to pick up first UFC featherweight win. He was in full control … against Philipe Nover. A win, but not too exciting.

I can translate that last part. He said, "Conor McGregor you're taking everything I worked for mother fucker!" #UFCBrasilia

Every single time, Jon Anik specifically asks who the fighters want next, and STILL the fighters almost never have a name. Let's do better.

I heard Bigfoot Silva was nearly cut after his last fight but asked for one more chance. Tonight is huge for him#UFCBrasilia

Roy Nelson has absorbed 836 sig. strikes in UFC heavyweight competition, the most in history. Of those, 556 were landed to the head.

This is the Spiderman 3 version of Bigfoot Silva. #UFCBrasilia pic.twitter.com/9wXZH6BlTg

There are a lot of ways this fight could go very, very bad.

Did Nelson just make contact with the referee? Haven't fighters been banned from the UFC for that before?

Nelson gave a little kick and then flipped Big John the bird.

You can be upset but not cool for a fighter to hit a ref. Don't want to hit a fighter more so I'll hit ref instead? #UFCBrasilia

OMG @roynelsonmma ???????? Not only KO win but then attacks the ref, you maniac lol pic.twitter.com/qvp97dzNF6

Nelson seems legit annoyed/pissed he had to throw some extra punches on the ground. Nice sentiment, just wish he didn't go for that kick.

Remember when Jason High lightly shoved a ref and Dana White decided he didn't even need to review the tape to fire him? Just saying.

Nah, man, you don't put your hands (or feet) on the referee. https://t.co/uQD6vjuj4A

When you order a Pepsi and the waiter says "Diet?" pic.twitter.com/zz0vkUkbTA