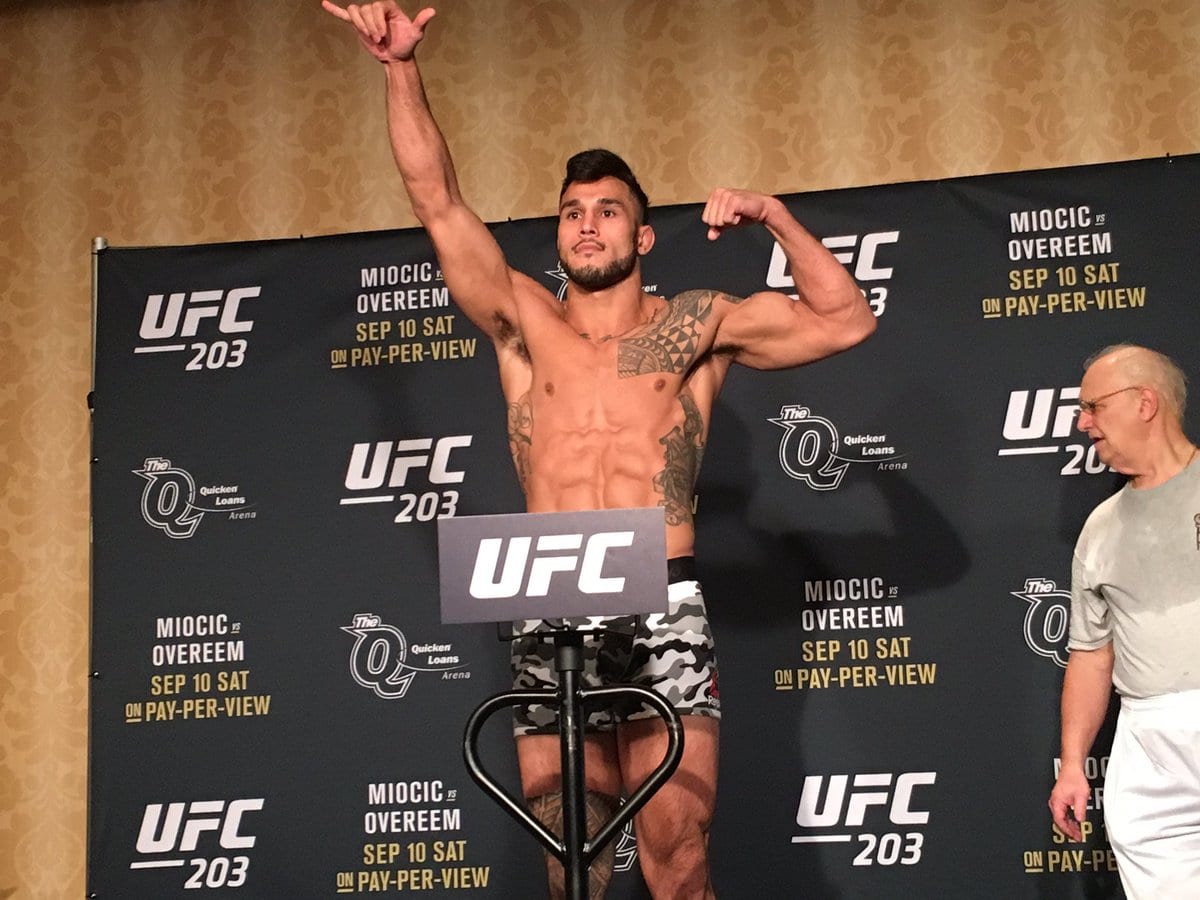 TUF 27 Finale (Also known as The Ultimate Fighter Finale) is set to take place on Friday, July 6, 2018, at the T-Mobile Arena in Las Vegas, Nevada.

Brad Tavares vs. Israel Adesanya in a middleweight bout will headline this show while oe Giannetti vs. Mike Trizano in the TUF 27 Lightweight Tournament Final will serve as the co-main event.

Rounding out the six bout main card is Jay Cucciniello vs. Brad Katona in a TUF 27 Featherweight Tournament Final, Martin Bravo vs. Alex Caceres in a featherweight bout, Barb Honchak vs. Roxanne Modafferi in a women’s flyweight bout, and Alessio Di Chirico vs. Julian Marquez in a middleweight bout.

UFC officials held the weigh-ins for TUF 27 Finale on Friday. There was one fighter who missed weight, which was Julian Marquez as he weighed in at 190 for his middleweight bout. Here are the weigh-in results: