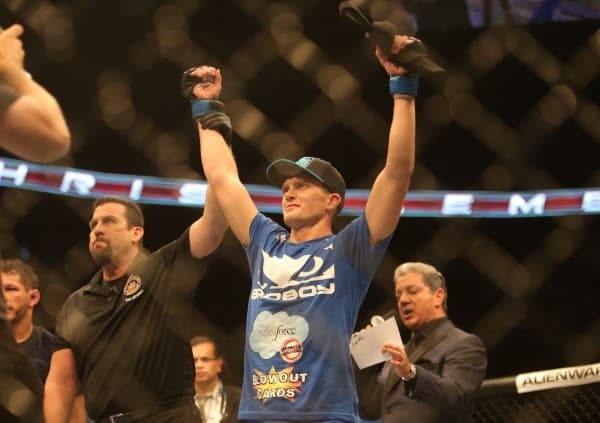 Piggy backing off of last night’s (July 11, 2015) monumental UFC 189, the The Ultimate Fighter (TUF) 21 Finale went down tonight (July 12, 2015) live on FOX Sports 1. Although the event may have flew under the radar due to the magnitude of last night’s pay-per-view (PPV), the card definitely delivered, producing some very good fights and some electrifying finishes to conclude an amazing weekend of UFC action.

In the main event of the evening, rising former kickboxing champion Stephen “Wonderboy” Thompson took on established veteran Jake “The Juggernaut” Ellenberger. Thompson actually got dropped early on in the first, but was able to recover and put his world class striking to work, picking apart Ellenbeger. “Wonderboy” went on to drop “The Juggernaut” with a spinning hook kick, but failed to find the finish. Moments later in the first, Thompson landed another picture perfect spinning hook kick, this time finding the finish and earning a $50,000 “Performance of the Night” bonus in the process.

The co-main event of the evening featured the TUF 21 final featuring Kamaru Usman representing the Blackzilians taking on Hayder Hassan representing American Top Team. Usman used his powerful wrestling to control the majority of the bout, and eventually was able to score a second-round submission victory. Not only did he win a boat load of cash for his team, but Usman also picked up a $50,000 “Performance of the Night” Bonus as well.

Earlier on the main card, Jorge “Gambred” Masvidal made his move up to 170-pounds against Cezar Ferreira, and made a huge statement. Masvidal landed a huge right hand in the first round then followed up with a flurry of strikes to score a TKO victory and a $50,000 “Performance of the Night” Bonus.

On the preliminary portion of the card, Josh Samman made waves by battering Caio Magalhaes in a bloody scrap. Samman was then able to lock up a nasty rear-naked-choke on the Brazilian jiu-jitsu black belt, scoring a first-round submission victory and banking a ,000 “Performance of the Night” Bonus as well.

Stay tuned to LowKickMMA for all of your post-fight coverage!