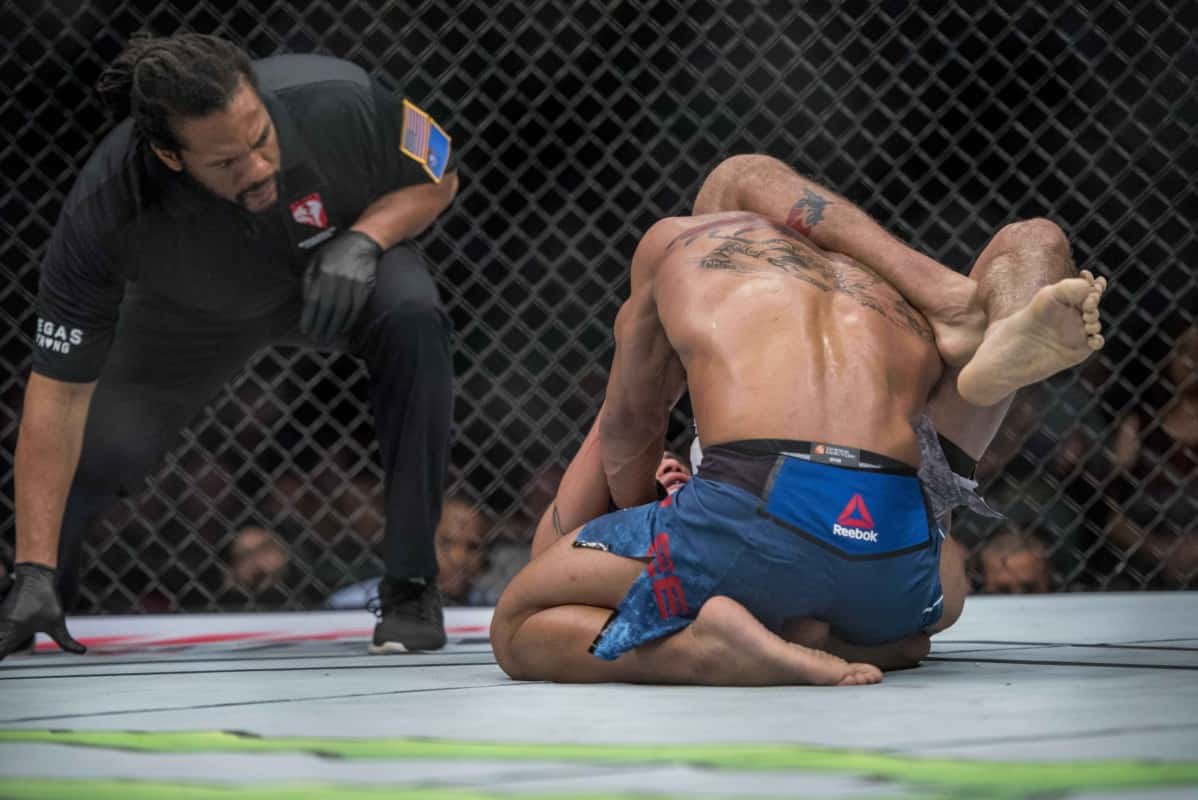 After weeks of trash talk and hype with the high stakes of a potential bout with Conor McGregor waiting in the wings, Tony Ferguson won the interim UFC lightweight title with an impressive third-round submission of Kevin Lee in the main event of last night’s (Sat., October 7, 2017) UFC 216 from the T-Mobile Arena in Las Vegas, Nevada.

The brash, young Lee had his moments in the high-profile bout, landing big punches and taking Ferguson down on several occasions and even mounting him towards the end of the second to rain down some serious ground and pound. But true to form, the grinding “El Cucuy” persevered to outlast “The Motown Phenom,” attempting an armbar from the bottom which Lee escaped, only to see Ferguson transition to the fight-ending triangle.

It was a defining win that, even if it doesn’t result in Ferguson’s desired match with McGregor, finally earned him a UFC title and 10 straight wins in the notoriously perilous UFC lightweight division. Watch the full fight video highlights of “El Cucuy‘s” biggest-ever win right here: