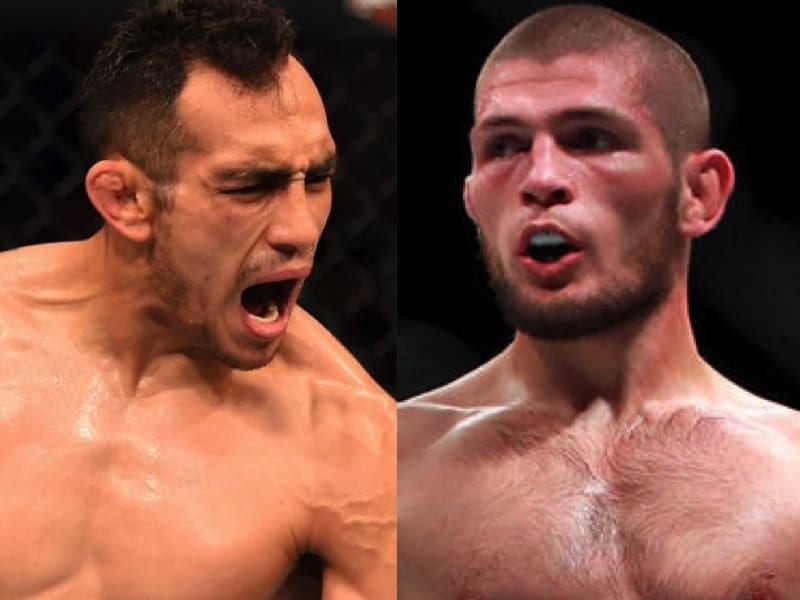 Most MMA fans have a Tony Ferguson and Khabib Nurmagomedov fight at the top of their MMA match up wish list.

The fight between the two has been cancelled an astounding five times. This has led to many branding the fight cursed.

‘El Cucuy‘ and ‘The Eagle‘ were last scheduled to fight back in April at UFC 249. The world descended into chaos due to COVID-19 and the champion Nurmagomedov could not return to the United States. Therefore, Tony Ferguson went on to take on the vicious Justin Gaethje instead. The prize was the interim UFC Lightweight strap and a shot at the Russian champion later down the line.

Gaethje would end up dominating the bout, with Ferguson looking a shell of his regular self. Gaethje won the interim belt via a fifth-round TKO of ‘El Cucuy’. ‘The Highlight’ is finally getting his crack at the undisputed title this Saturday at UFC 254.

Despite this only being Ferguson’s first loss in twelve fights, Nurmagomedov saw it as a career changer. ‘The Eagle’ even went as far to suggest that his rival will “never be the same” after his bloody one-sided loss with Gaethje.

Ferguson has hit back at the criticisms from his Russian rival and the wider media during a sensational interview with ESPN. (H/T BJPenn.com)

”I see fear in (Khabib’s) voice if he thinks he has to talk bad about people. He can’t put that sh*t in my head. I will fight Khabib at one point or another. He will see me before he retires. We’ll make that a point.”

Michael Chandler is the new kid on the block after arriving from Bellator looking for a scrap. Ferguson has no problem fighting Chandler but is unsure the newbie deserves the fight.

In the meantime, Khabib Nurmagomedov looks to go 29-0 with a win over Justin Gaethje on Fight Island this weekend.

Do you think Tony Ferguson will bounce back from his recent loss?