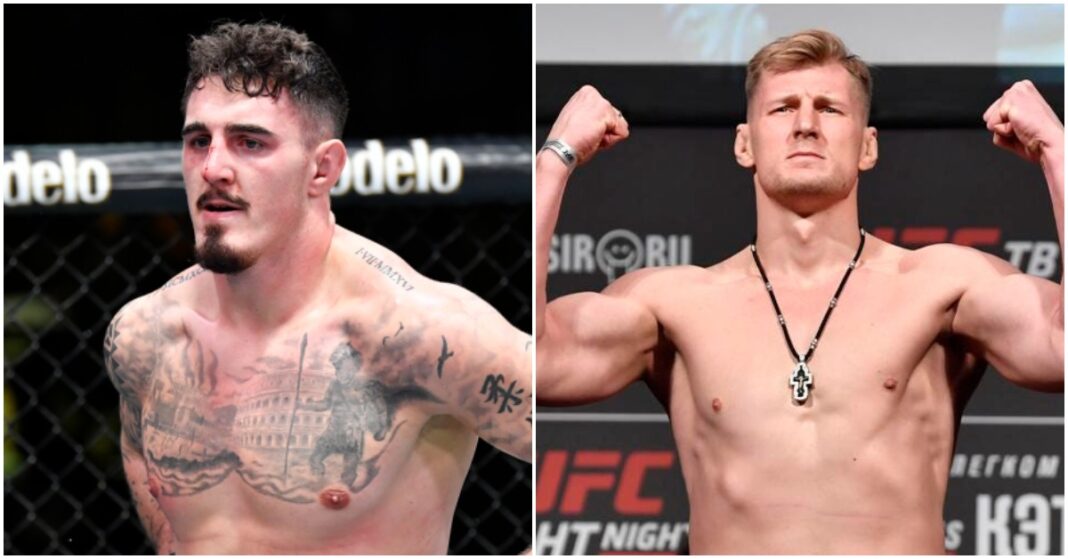 UFC heavyweights, Tom Aspinall and Alexander Volkov are set to headline the UFC’s Fight Night card in London on March 19.

The UFC is finally set to make a return to the United Kingdom for the first time since 2019, in an event which is set to be held at the 02 Arena in London. The UFC was supposed to return in March of 2020 before the Covid-19 pandemic meant that card was scrapped.

The event will showcase British talent including Paddy ‘The Baddy’ Pimblet, Jack Shore, Jake Hadley and Molly McCann all expected to compete on the undercard.

No. 10 ranked Aspinall was originally set to take on Shamil Adurakhimov on the undercard but the UFC instead chose to pair the Wigan-based prospect with the much more experienced and higher ranked Volkov in the main event of the evening.

Aspinall has impressed many with both his attitude and performances inside the cage since his debut with the promotion in mid-2020. Aspinall’s fast hands and the technical game has seen him gain finishes in all of his UFC fights (3 KO, 1 Sub) with his most notable name on his record being Andrei Arlovski but he also scored an impressive first-round KO over the ranked Sergey Spivak.

Former UFC champion and UK MMA legend, Michael Bisping had high praise for the young heavyweight “He’s such a big guy, but he moves like a middleweight. He’s fast on his feet and very agile. He has the speed, which is important. Speed kills power and on top of that he has the power. He’s a big dude, he can wrestle, has heavy hands, is agile. He’s potentially a champion.” (Transcribed by talkSPORT)

Standing opposite Aspinall will stand the towering No.5 ranked Volkov. The former Bellator heavyweight champion will hold a sizeable experience advantage over the Brit, having nearly 45 professional fights.

The Russian quickly became in the discussion as a potential title contender and consistently been in around the top five for years. Volkov holds impressive wins over Fabricio Werdum, Roy Nelson Stefan Struve and Alistair Overeem. However, recent losses to Curtis Blaydes and Ciryl Gane have derailed his title charge.

What do you think? How will Tom Aspinall V Alexander Volkov go?