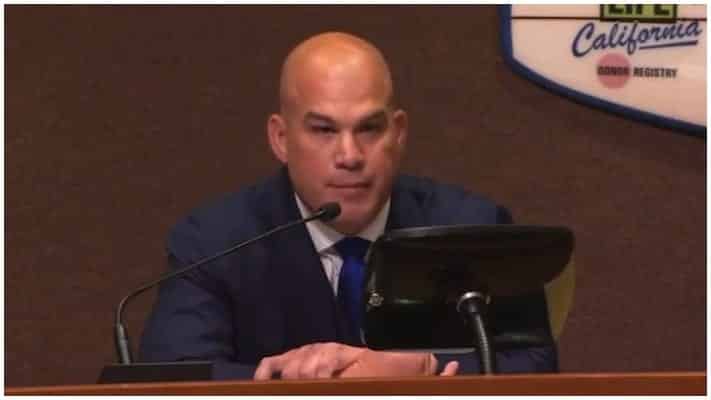 Tito Ortiz has retired from his position of as Huntington Beach Mayor Pro Tem.

On Tuesday, during the first in-person city council meeting of 2021 Ortiz announced his resignation from the Huntington Beach governing body, effective immediately.

“I was under the notion that I was in a bi-partisan position and that we all had a common goal that our city and our constituents could have. To put it frankly, that’s not the case,” Ortiz said

“From Day 1, I was sworn in and I was met with hostility and judgment. Being a public figure, nothing is new. However, to be the sole focus of character assassination each and every week, with multiple news stories and leaked personal information – all of which were in hopes to slander and defame my name.

“I thought I was up to this job, but I knew I had over 40,000 constituents who were there counting on me. As of recent, the attacks against me moved to involve my family. I now feel (that) their safety is in danger. To put it simply, this job isn’t working for me. (Transcribed by MMA Junkie)

Ortiz is best known for his exploits in MMA. The UFC legend last competed in the sport  in professional mixed martial arts unde the Combate Americas banner at Combate Americas 51. Oritz took home an opening round rear-naked choke victory over Alberto El Patron, otherwise known as Alberto Del Rio. The victory marked the third straight win for the veteran, having stopped Chael Sonnen and rival Chuck Liddell under the Bellator and Golden Boy Promotions banner, respectively.

Do you think Tito Ortiz has made the right call by resigning from his position?