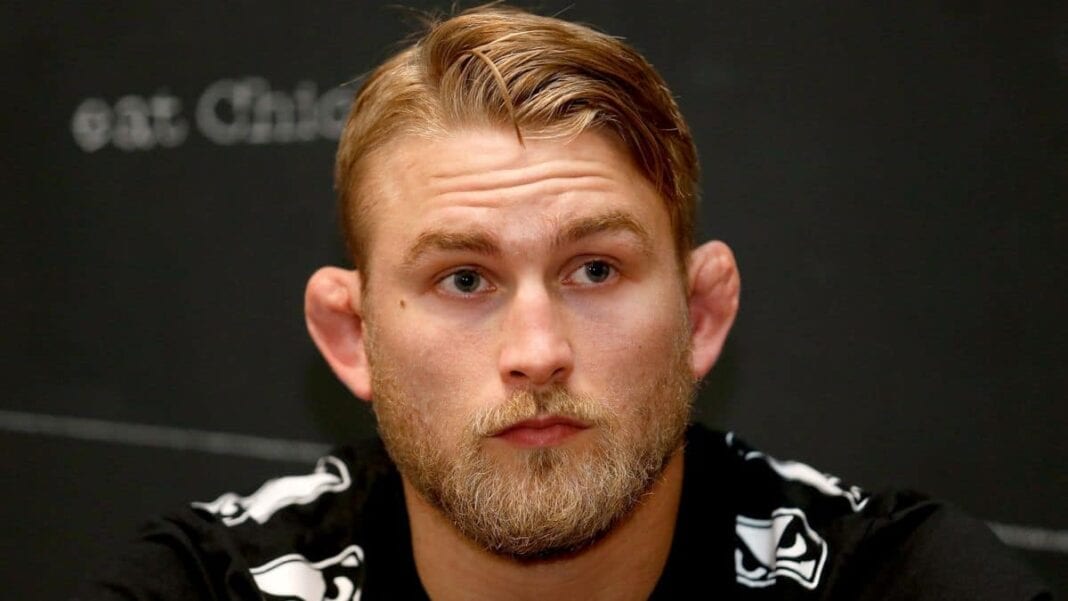 Alexander Gustafsson once again stands on the brink of championship glory, as he awaits his second title fight in the UFC, this time against Daniel Cormier at UFC 192. After getting wrecked by Anthony Johnson in January, ‘The Mauler’ will be out for redemption against the newly defending ‘DC’, who beat ‘Rumble’ at UFC 187 to capture the belt.

The ingredient missing from the mix is former long-time boss Jon Jones, as he awaits his sentence for a string of charges relating to the notorious New Mexico hit-and-run. Gustafsson danced with ‘Bones’ at the classic UFC 165 main event, a fight that his next opponent says is his biggest achievement, as per MMAFighting.com’s quotes from the GO BIG presser:

“If I was Alexander Gustafsson, honestly, I would probably be a little upset at you guys, because you always talk about how close he fought Jon Jones,” Cormier said sarcastically. “What about his Earth-shattering win over Jimi Manuwa or his, uhh, monumental win that was … do you know? I mean really, somebody else. You guys talk about a fight that he lost. He lost. Let’s stop talking about the fight that he lost and talk about something that this guy has done positive. And when you look at it that way, you guys know exactly what’s going to happen on Oct. 3. He’s going to lose to me.”

Cormier’s jives have brought a response out of Gustafsson on his official Facebook page, and he agrees with his upcoming opponent, but argues the point of who will exit UFC 192 as the winner:

A lot of media and you fans have asked what I think about DCs comment on the UFC GoBig press-conference? You know, I…

A simple but stern message from Gus, who has indeed looked in great shape during his blogs over social media. Will it be enough to take out the incredibly durable and grinding wrestling force that is Daniel Cormier though?

Although full of confidence, Alexander Gustafsson will no doubt face the best ‘DC’ there’s ever been, and a second loss in a light-heavyweight title bout could signal the start of Gustafsson’s reign as a championship gate keeper.