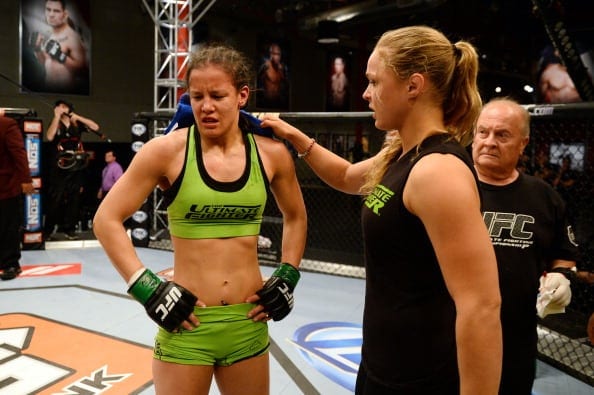 The axe has been swinging again, and this time 10 UFC fighters have lost their jobs. UFC women’s bantamweight champion Ronda Rousey’s team mate Shayna Baszler has received her marching papers, having lost her first two fights for the promotion. UFC 190 title challenger Bethe Correia knocked Baszler out in a huge upset at UFC 177, ‘The Queen Of Spades’ then went on to lose by TKO against Amanda Nunes earlier this year. Baszler is joined in the unemployment line by Tim Elliott and Alpetkin Ozkilic of the flyweight division.

Each had recently lost three on the bounce in the 125-pound division. Middleweight Vik Grujic gets sacked after going 1-3, Tateki Matsuda is canned after going 1-2, Rocky Lee is goe after just one fight/loss for the promotion as does Alexander Torres. TUF veteran Dylan Andrews is out of the UFC for losing three finishes in a row.

Check out the latest cut list by the UFC below: