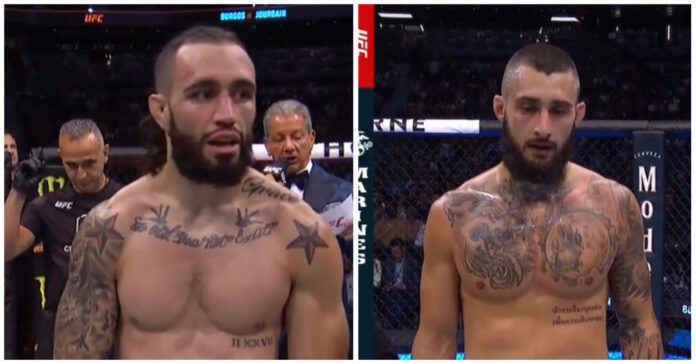 Shane Burgos managed to come out on top of the judges’ scorecards to earn a well-deserved victory over Charles Jourdain at UFC Long Island.

Coming off a win over Billy Quarantillo at UFC 268, Burgos was looking to add another win to his column after rebounding from two prior losses against Jourdain. They clashed met tonight’s UFC on ABC 3 main card at the UBS Arena in Elmont, New York.

Jourdain and Burgos went right into it in front of a roaring crowd. Burgos used his pressure to his advantage to get Jourdain’s back. Jourdain did well to survive initially getting out of submission attempts in the first round. He made a comeback in the last round and almost got a finish but Burgos did enough to survive in the thriller.

Below, catch the highlights from Shane Burgos vs. Charles Jourdain