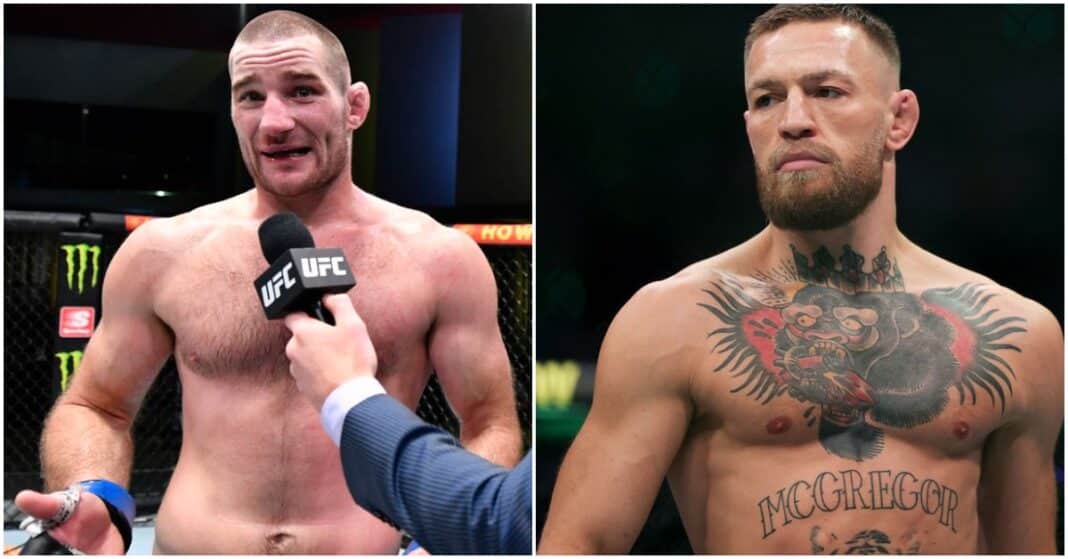 Sean Strickland uncharacteristically paid someone a compliment during a recent appearance on Michael Bisping’s podcast before he quickly snapped back into character.

The UFC middleweight contender was discussing Conor McGregor with the former 185lb champion and while doing so labeled ‘Notorious’ “the f*cking pinnacle of success” before adding that he’s also “white trash.”

“I just heard you talking about McGregor man. McGregor is the f**king like pinnacle of success, and I’ll tell you why dude. We’re all just f**king dog and someone has our leash. You know, Dana is a dog with somebody, somebody is holding his leash. I’m a dog with Dana and he’s holding my leash. The moment you become McGregor dude, nobody has your f**king leash anymore and that’s like the f**king pinnacle of success and you can do whatever the f**k you want…Yeah but at the end of the day, don’t forget that McGregor is like a white trash f**k who came into money.” (Transcribed by Sportskeeda)

McGregor is the highest-paid athlete in sport according to Forbes. The Irishman apparently banked $180 million between May 1, 2020, and May 1, 2021, with $158 million of that total made outside of the ring.

Despite his vast wealth and growing family, McGregor seems unable to keep himself out of trouble. Earlier this week, the former dual-weight UFC champion was accused of attacking Italian DJ Francesco Facchinetti. A few weeks ago, McGregor tried to attack Machine Gun Kelly on the MTV VMA’s red carpet. The 33-year-old UFC superstar continues to find himself in trouble with the law and at odds with the public, hence Strickland’s assessment of him on the Believe You Me podcast.

Do you agree with Sean Strickland’s assessment of Conor McGregor?