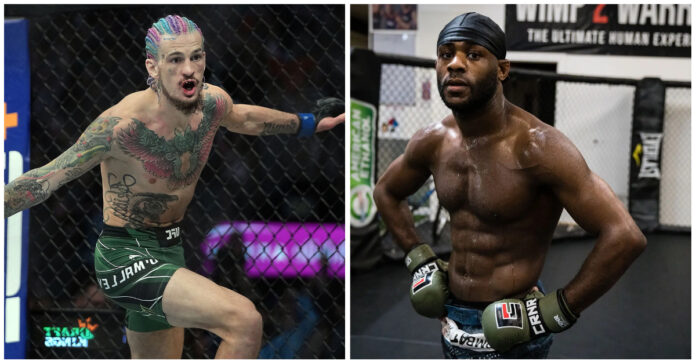 Sean O’Malley has argued that he should get half of Aljamain Sterling’s PPV earnings at UFC 280.

Rising prospect O’Malley has become one of the most well-known faces in the sport despite his young age and relative lack of experience. The fan-favorite took matters into his own hands and began promoting his personal brand on social media outside of just fighting inside the cage.

“Suga” Sean is set to take on former UFC bantamweight titleholder Petr Yan in a major level-up in competition at UFC 280 on Oct. 22 in Abu Dhabi. O’Malley says that it was his fight announcement that started selling the orders like hot cakes.

He believes that the current 135 lb king Aljamain Sterling should credit him as such, by giving him half of his earnings from pay-per-view points that he will get for his title defense against TJ Dillashaw on the same night.

In a recent video uploaded to his YouTube channel, Sean O’Malley made the case for getting the added remuneration from Sterling.

“I think this is going to be the first time Aljo gets pay-per-view points, because he’s defending his belt, which is absolutely f*****,” O’Malley said.

“He owes me like 50 percent of those,” he added. “UFC basically said when they announced my fight, they’ve seen the interaction and engagement of social and everything, the thing just went boom.

“My fight is the most hyped fight on that card. I’m not taking anything away from Charles vs. Islam, that’s going to be a sick fight, but me vs. Petr? It’s just such an interesting fight.” (h/t Jed Meshew/MMA Fighting)

Along with the two high-level bantamweight matchups, UFC 280 will also see a clash of Belal Muhammad and the unbeaten Sean Brady in a welterweight contest. The card will be headlined by a fight between Charles Oliveira and Islam Makhachev for the lightweight title.

Do you agree that Sean O’Malley should get half of Sterling’s PPV earnings?