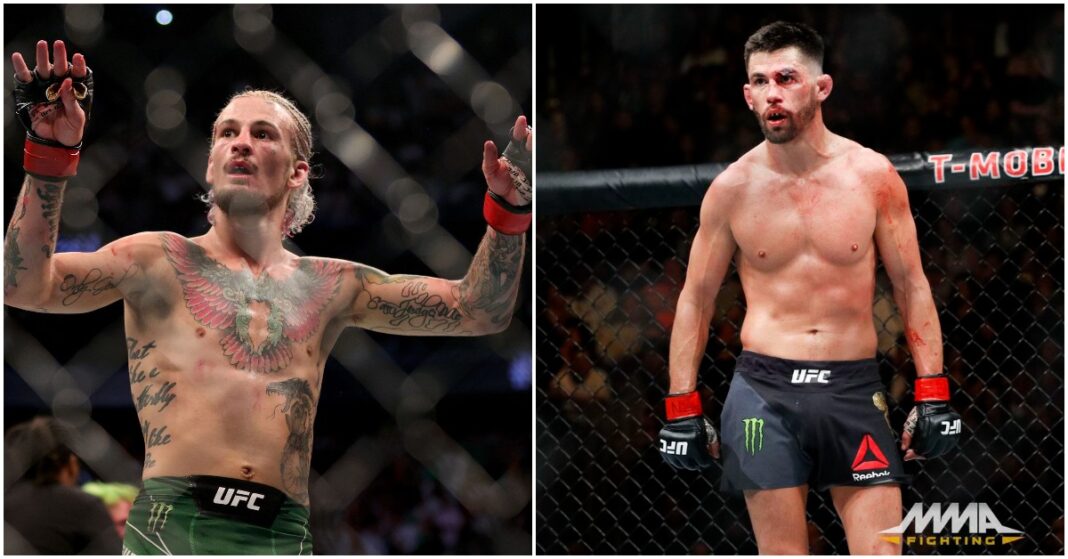 ‘Suga’ Sean O’Malley has come out and claimed that Dominick Cruz turned down the potential fight that could have happened at UFC 269.

“I want to address the Dominick Cruz stuff first and I don’t want to be mean because he’s clearly slowing down,” O’Malley said (h/t Sportskeeda). “Not physically maybe, but mentally he said he doesn’t want that fight because he wants to fight someone higher up, so therefore he turned the fight down. I asked for that fight, we asked for that fight for a while. We asked Sean Shelby, he turned it down. I didn’t listen to the interview but it’s just a weird thing to say. He said something to where I’m like, ‘Dude, you need to learn from the daddy’ because I’m above you on the card.”

O’Malley makes a compelling case that Cruz may have lost out on a much bigger fight with ‘Suga’, but the risk may not have been worth it in ‘The Dominators’ eyes. O’Malley does have some of the best striking in the entire bantamweight division. O’Malley is coming off a record-breaking night against Khris Moutinho who filled in on a week’s notice. Cruz is also coming off a split decision win against Casey Kenney. It was Cruz’s first win since 2016.

Do you think we’ll ever see Sean O’Malley vs. Dominick Cruz?