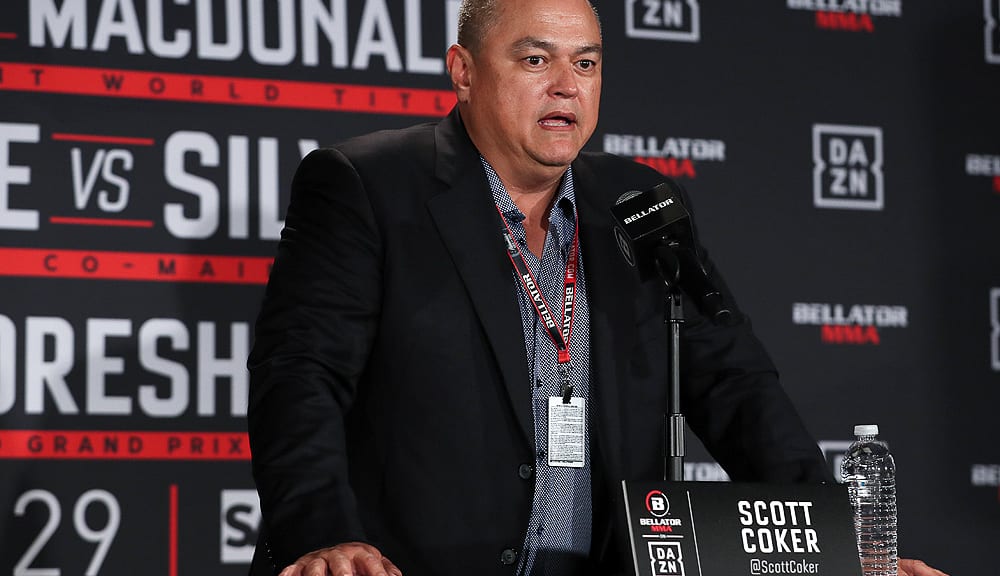 Initially, the PPV was set to go down from the Honda Center in Anaheim, California on Jan. 26th.

However, those plans have now been nixed after the UFC failed to find a main event for the show. As a result, Bellator MMA President Scott Coker decided to troll the MMA promotional juggernaut. Coker posted the following on his Twitter shortly after the news broke:

Initially, the plan was to have TJ Dillashaw vs. Henry Cejudo headline the card. The 135-pound champion is attempting to make history by challenging for a second title against Cejudo at 125 pounds.

Recently the UFC decided to move that fight to UFC on ESPN+ 1 to kickoff the promotion’s broadcast deal with ESPN. The UFC was then targeting a welterweight title bout between Tyron Woodley and Colby Covington.

However, issues from both sides prevented that contest from getting booked. After being unable to find a main event for the card, the UFC was forced to make the decision to postpone.