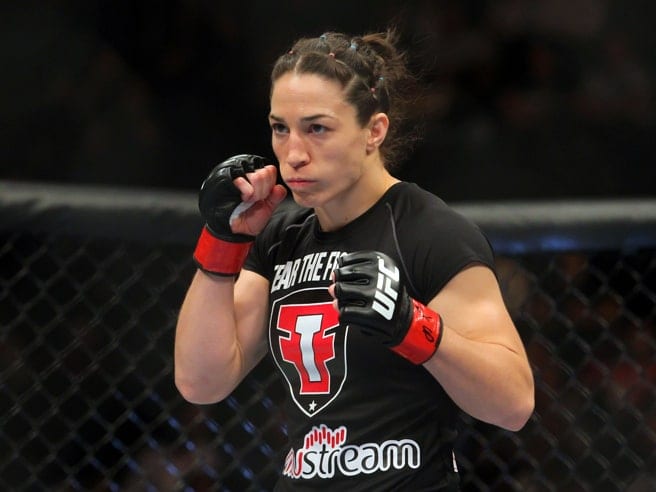 UFC Fight Night 74 is set to go down on August 8, 2015 from Nashville, Tennessee, featuring a pivotal light heavyweight main event between No. 5-ranked Glover Teixeira and No. 6-ranked Ovince Saint Preux. A crucial lightweight bout was also recently added to the card as it was made clear that No. 5-ranked Michael Johnson would square off with No. 14-ranked Beneil Dariush.

Well it looks like the UFC isn’t done filling out this card, as MMAJunkie has confirmed that top women’s bantamweights No. 4-ranked Sara McMann and No. 8-ranked Amanda Nunes will also do battle in Nashville. In the contender scarce bantamweight division, this is a very important matchup for both ladies.

Former Olympian and former title challenger McMann has hit some rough times as of late, going just 1-2 in her last three bouts. She met dominant champion Ronda Rousey at UFC 170 in February 2014, losing a disappointing first-round TKO to the champion. McMann then bounced back with a split-decision win over Lauren Murphy last August, but then dropped another decision to top-ranked Miesha Tate in a back-and-forth war at January’s UFC 183. The former Olympian will look to once again get back on track come August and work her way towards another title shot.

Nunes has looked relatively good as of late, winning three out of her last four bouts. She suffered a setback against former title challenger Cat Zingano back at UFC 178 last September. She had Zingano hurt early on, but ultimately suffered a third-round TKO loss. Recently, Nunes got back on track with a devastating first-round knockout victory over Shayna Bayzler, and will look to extend her win streak against McMann.

Check out the current UFC Fight Night 74 lineup below and stay tuned to LowKickMMA for all news as the event approaches: