LowKickMMA.com
Home MMA News Sage Northcutt Reacts To Sparring Session Critics: None Of It Is True 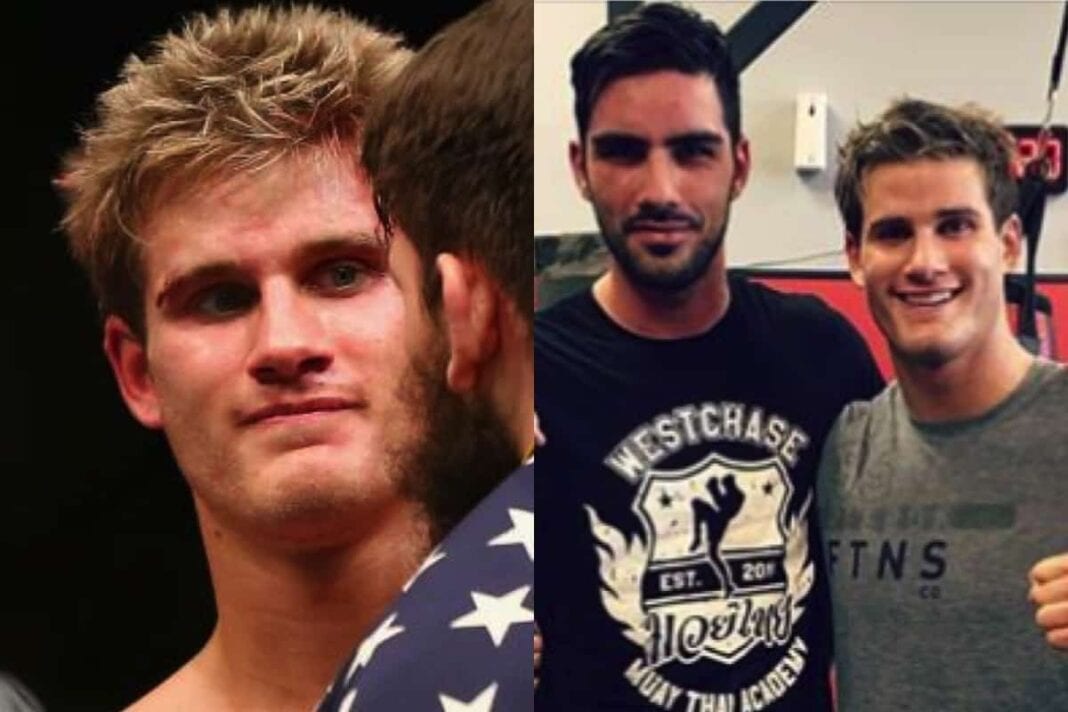 Three weeks ago, an Instagram post containing some extremely critical words about UFC lightweight Sage Northcutt surfaced from Muay Thai kickboxer Ilya Grad in which he criticized the supposed coddling of the up-and-coming MMA star.

Grad and some of his training partners were quick to note that Northcutt would need to thrown to the wolves at a real camp if he were ever to succeed at the highest levels of MMA, but Northcutt’s dad was quick to refute those notions in an interview with LowKick MMA.

Grad eventually responded to the situation to MMA Fighting’s Luke Thomas, and today (Mon., June 27, 2016) Sage himself appeared on The MMA Hour with Ariel Helwani to finally address the strange set of circumstances. He began by stating that Grad was not even close to the Muay Thai world champion he claimed to be, as he mainly made excuses from the start of the session:

“That was my first time training with him, and he’s supposed to be a Muay Thai world champion. I’m not sure where he got his world title from. As you could see from the fight, I actually showed up there — my jiu-jitsu coach, my grappling coach set it all up. So I was supposed to go there and spar hard, and he starts making excuses saying his neck hurts, he’s this, he’s that and he can’t spar, so we said okay.

Northcutt also fired back at Grad’s insistence that he was simply trying to help Northcutt remove himself from the protection of his father in order to become a true top professional. Northcutt – like his father before him – confirmed that this was nothing but nonsense in their opinion:

“That was definitely not right of him to do that. I don’t know what he’s talking about. None of that, none of the facts or anything that he was trying to claim were true. So, I believe that he was just trying to get some limelight from us and get some attention and get his name out there.”

Indeed many have suggested that Grad and his gym mates were trying to score some quick and far-reaching recognition on the back of Northcutt’s burgeoning star power, even if they had to drag his name through the muck to do it.

Northcutt believes it’s something that’s an unfortunate part of his occupation, but he and the people closest to him know the facts:

“(That’s) the first time that’s happened. And like I said earlier, there’s people who are always, they’re trying to get attention. They might be saying negative stuff, but you know, I know what’s true. The people around me know what’s true.”

When one views the video of Northcutt sparring with Grad and compares them to the venom that was spewed his way, it’s not all that difficult to surmise that the whole situation got blown out of proportion to stir up a ruckus online.

The somewhat sinister mission was accomplished in that regard, but until Northcutt rebounds from his disheartening submission loss to Bryan Barberena by defeating Enrique Marin at July 9’s massive UFC 200 from Las Vegas, there may always be questions if “Super Sage” should be training full-time with a top-flight gym rather than having his father manage his career.

Thankfully, at 19 years old, he’s got quite a bit of time to figure that out. And in that time, we’re going to find out if Grad’s words – regardless of their true intentions – actually hold any weight or not.