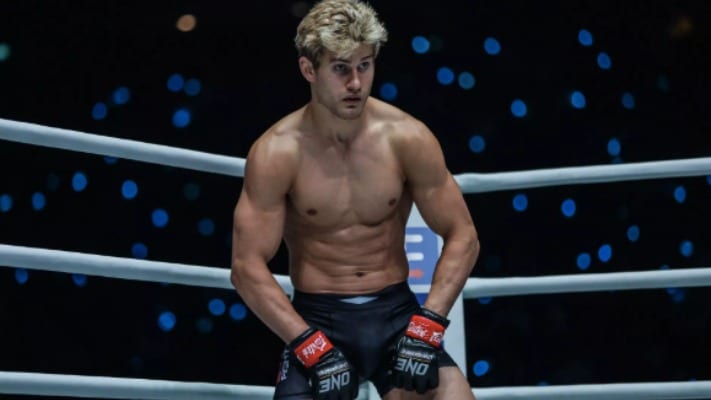 Sage Northcutt will no longer be competing at ONE On TNT IV.

Northcutt was set to make his highly-anticipated return against former ONE lightweight champion Shinya Aoki at the event taking place April 28 in Singapore. However, that is no longer the case as the former UFC prospect is suffering from lingering effects of COVID-19 as per ESPN.

It’s a big blow for Northcutt who hasn’t competed since May 2019 when he was brutally knocked out by Cosmo Alexandre in his ONE debut.

The 25-year-old was looking to make a splash in his comeback and earn his first win at the promotion in the process, but that will have to wait for now.

As for Aoki, he will remain on the card and battle Eduard Folayang instead.

It will be a trilogy fight with their first two meetings being lightweight title clashes that saw both fighters earn one win apiece. Their most recent meeting was in March 2019 when Aoki submitted Folayang to become the lightweight champion at the time.

Folayang was originally set to take on Yoshihiro Akiyama but the latter had to withdraw due to injury.