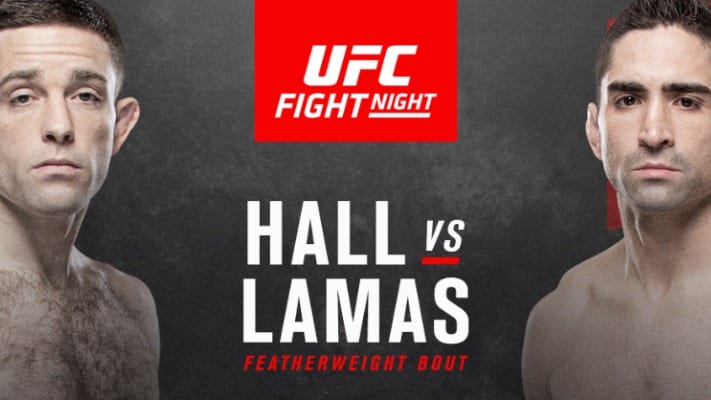 It looks like Ryan Hall has finally found a game opponent.

Hall is set to meet Ricardo Lamas in a featherweight contest at UFC Oklahoma City on May 2. The fight was officially announced by the promotion on Tuesday.

Hall is 4-0 in the UFC and is coming off a dominant decision victory over Darren Elkins last year. He has since been looking to fight a ranked opponent only to recently reveal that a number of featherweights have turned down fights with him.

Lamas, however, has stepped up to the plate. The former featherweight title challenger is currently in a slump, having lost three of his last four outings — two of which were by knockout.

However, “The Bully” is still a high-level opponent and could provide a litmus test as to whether Hall is truly ready for the elite featherweights in the division.

UFC Oklahoma City will be headlined by a middleweight battle between Jack Hermansson and former 185-pound champion Chris Weidman.

What do you think of Hall vs. Lamas?