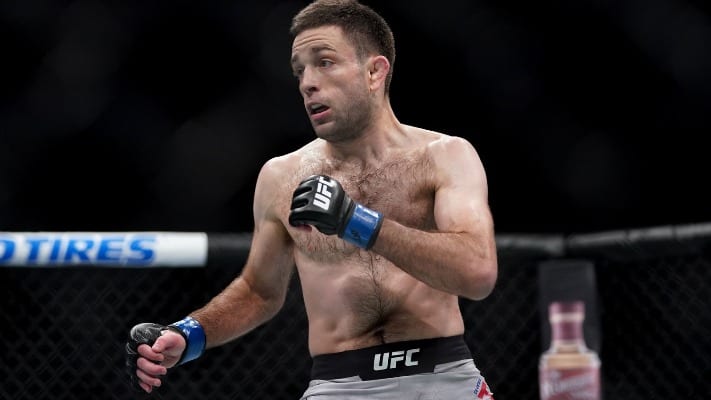 Ryan Hall has suffered another setback.

The featherweight contender was set to battle Dan Ige in the UFC’s upcoming March 13 event. However, that will no longer be the case following an injury in training that has ruled him out of the contest following multiple reports.

As per Hall, the injury was a torn hip flexor during his training camp and despite his best efforts to compete through the injury, he ultimately had to drop out. He is now looking to compete in May or June.

It’s a big blow for Hall who hasn’t competed since 2019. Part of that is because of injury issues but another major factor was his struggle to land a ranked opponent as he had repeatedly claimed that the rest of the top 15 were avoiding him.

Ige was the one to step up but in the end, Hall will have to wait even longer before he can compete. His last outing was a unanimous decision victory over Darren Elkins back in July 2019.

As for Ige, he will require a new opponent though it isn’t known if he will remain on the card.

The Hawaiian is coming off a unanimous decision defeat to Calvin Kattar in July and will be looking to return to the win column. Prior to that, Ige was on a six-fight winning streak.