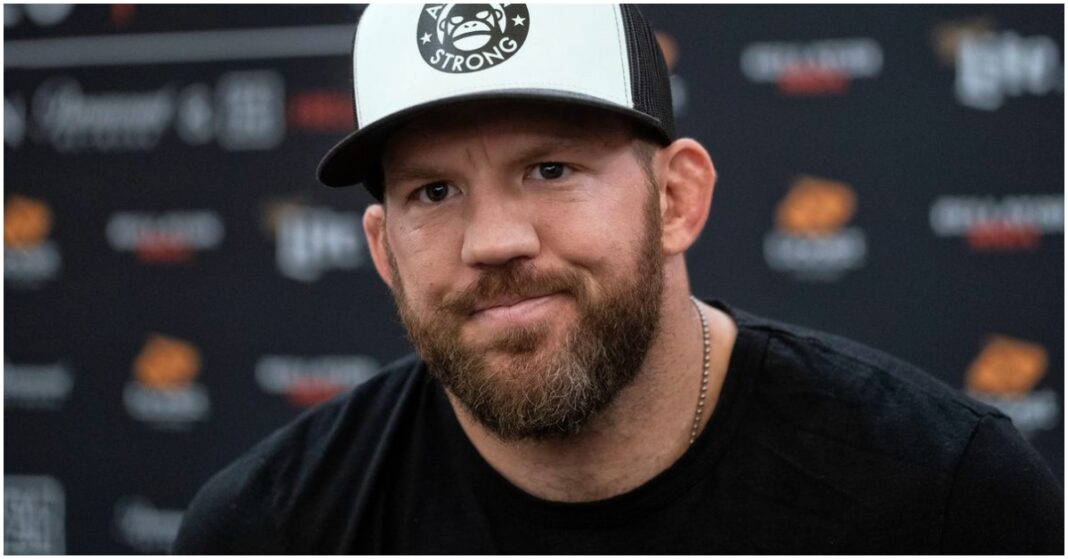 For the second time in history, Bellator, one of the biggest MMA organization just after UFC, went down on May 6th at Accor Arena in Paris. During the competition, the 11 000 spectators on-the-spot were on fire. The evening was headlined by the once again heavyweight title bout between Ryan Bader (27−6−1) and the pioneer of MMA in France Cheick Kongo (31−11−3).

While many MMA fans are also big gambling fans, some Canadian viewers, most of them Bader’s supporters, didn’t hesitate to follow the fight while placing bets on the fight. Betting on such fights might seem easy, but you need to rely on your skills and knowledge to find the right choice, whereas while playing games of chance at live casino in Canada, for example, only luck will influence your winnings.

Winning this fight, French legend Cheick Kongo could have become the first Frenchman to be crowned in one of the two major organizations of the discipline. He missed out the opportunity losing against reigning world heavyweight champion Ryan Bader.

These two men had already faced each other for the heavyweight belt in September 2019. Their first meeting ended to a non-contest due to an unintentional eye poke from Bader. Right after the fight, Ryan Bader claimed his desire to fight Kongo again:

“I was dominating every second of the fight,” Ryan Bader said during the post-fight interview.

“If he wants to do it again, I’ll be doing it again. I was two minutes from finishing him and he took the easy way out,” he continued. “I poked him in the nose and he used it to get out of the fight.”

Last January, on the side-lines of his victory over Moldavsky at Bellator 273, Bader revealed what Cheick Kongo told him about their upcoming showdown at Bellator Paris:

“Nice fight, but I’m gonna break your face in Paris”.

Bader answered: “I’ve been asking for this fight forever. I wanted to do it before I moved to light heavyweight, but now we can do it. I’m going to make it a point to finish the unfinished fight.”. And he made it clear.

“No excuses” for Kongo

After their first meeting unsatisfying end, the title holder, Ryan Bader, wanted to live up to his billing and clearly assert his dominance against the forty-six-year-old native of Sevran. He did. And the fight turned into a grappling war over twenty-five minutes.

Kongo has no regrets as the American’s superiority was evident for five rounds, particularly in the wrestling when both men found themselves on the ground.

“I hurt my thigh very quickly in the fight,” said Kongo to RMC Sport’s microphone. “But no excuses. It was magnificent, there was a beautiful connexion with the public.”

The duel ended with a unanimous decision in favour of Bader. He dominated the five rounds, locking his opponent against the fence. An effective strategy logically repeated during the twenty-five-minute fight. Kongo suffered his twelfth defeat.

With a professional career that began in June 2001 (31-11-2 and 1 NC in his career), the only French MMA legend – there will be others in the future, but only he deserves this status for the moment – is necessarily not far from the end of the road.

During his twenty-one-years career, Kongo fought for himself, his own legend, his legacy but also for a more global objective in a country where rejection of the other has gained ground.

“It’s really about bringing respect to the African, North African and black communities,” he told. “We are here, we are part of France, we are recognised all over the world as French and it is a point of honour because when we look at Africa today, it is disdain, denigration and so on.”

This rematch against Bader is a great opportunity missed for the Wolfslair MMA Academy member (42 fights, 30 wins, 10 losses and 2 draws) who admitted after the fight that retirement is fast approaching.

“I can’t say it’s over. But you have to know how to take your leave,” he admitted after the fight.﻿