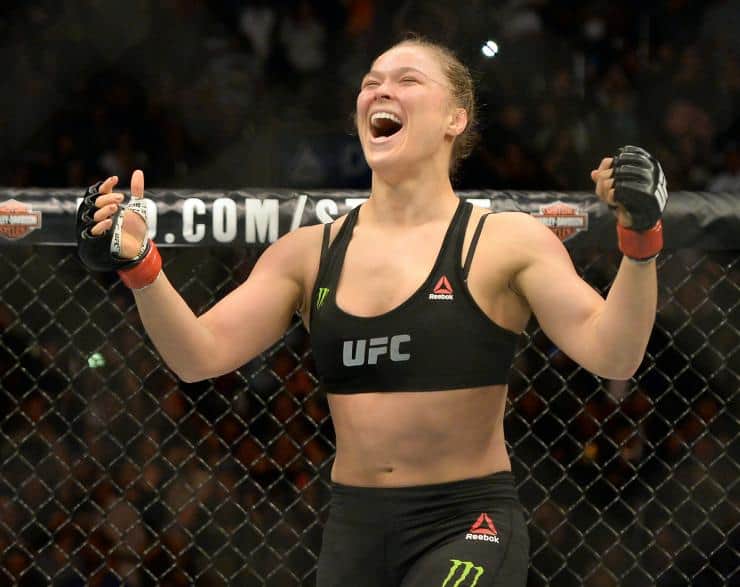 The talk of Ronda Rousey facing Miesha Tate for a third time was met with mixed reactions after UFC 190. The undisputed and undefeated UFC women’s bantamweight champion had made mincemeat of yet another top contender in Bethe Correia, and eyebrows were raised at the prospect of another meeting with two-time ‘Rowdy’ victim ‘Cupcake’.

Well those rumours can be laid to rest, as Rousey appeared on an episode of ‘Good Morning America’ to announce that the next contender to her title is boxing champion and fellow undefeated UFC women’s bantamweight Holly Holm. Alongside Tate, there were also heavy rumours of Cris ‘Cyborg’ Justino aiming for a UFC debut in December, now with ‘Rowdy’s’ announcement we know that pro boxer ‘The Preacher’s Daughter’ will get the title shot that she never asked for.

Holm is 9-0 as a professional, but has put in perhaps under par decision wins against Marion Reneau and Raquel Pennington, and takes a huge leap up in competition after previously stating she wanted one more fight before a title shot.

Rousey’s victim list includes Liz Carmouche, Miesha Tate x 2, Sara McMann, Alexis Davis, Bethe Correia and Cat Zingano while under the Zuffa banner. Widely regarded as the greatest WMMA star of all-time up to now, will Rousey crush yet another contender to her dominantly held title?

UFC 195 is the event linked to the bout by Rousey herself, and UFC president Dana White recently told media that the card would go down on January 2nd 2016 in the MGM Grand Garden Arena in Las Vegas, Nevada.

More updates as they come in!