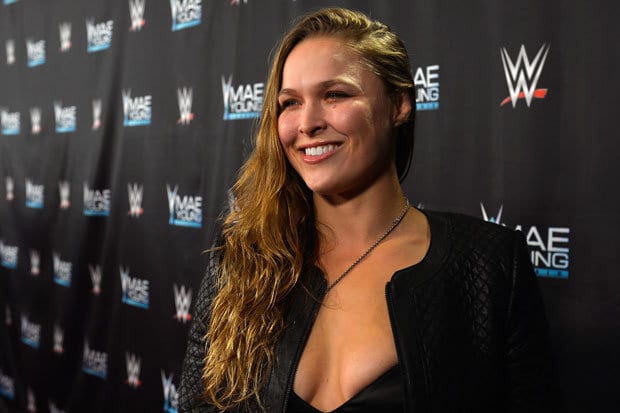 Ronda Rousey is taking time off from WWE to focus on starting a family.

As to where that leaves her professional wrestling career, that remains to be seen. Rousey uploaded a new video on her official YouTube channel to discuss the topic. “The Rowdy One” suggested that her initial run with WWE was only supposed to last until November. However, she ended up falling in love with it and decided to stick around longer (via MMA Fighting):

“We came to the WWE like, ‘Hey, before we have a baby, I just want to be able to come and do this for a couple of months because it’s something I always wanted to do.’ And then it just kind of snowballed into instead of being a small detour in my life, it became my whole life for an entire year and I completely fell in love with it.”

‘Fell In Love’ With Pro-Wrestling

Once Rousey found out that the women of WWE had a legitimate shot at headlining WrestleMania this year – a feat never before accomplished in WWE history – Rousey couldn’t walk away without being part of something so grand:

“As time went on, I was in the company, we were kind of playing it by ear and I loved it so much and I ended up getting the title and then when it became a real possibility that women could be the main event at WrestleMania, I decided to stick around,” Rousey said.

“We planned that after WrestleMania me and my amazing husband here would go off and start trying to start our family.”

In regards to her future plans, Rousey can’t make a solid decision on anything quite yet. She’s unsure how she’ll feel after becoming a mother, and will wait until that time has passed to decide on her career with the professional wrestling juggernaut:

“As for WWE plans in the future, we want to have a baby first,” Rousey said. “I don’t know what it’s like to have a baby. I could look down at this beautiful child and be like, ‘F*ck everything, I don’t care about anything else other than this baby’ and you’ll never see me again, or I could be like my mom.

“She trained until she was eight months pregnant and then won the U.S. Open six weeks after giving birth. It was unbelievable, I don’t think I’m going to try and aspire to her level. I’m just saying, you never know, the thing is I don’t want to make any promises about the future when I don’t know how I’m going to feel in the future.”